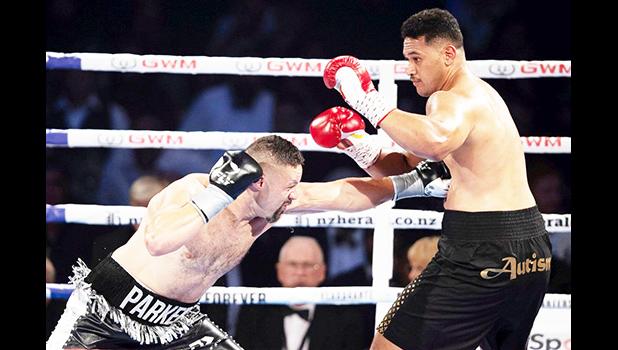 Parker was named during the trial of a trio found guilty of importing methamphetamine from California at the High Court in Auckland in 2019.

Although Parker was the subject of police interest, authorities did not speak to him, did not execute a search warrant and have never charged him.

Parker has denied any involvement in the importation of class A drugs, or the purchase, supply or consumption of methamphetamine.

He has also denied being involved in changing or transporting money for the three men.

Kulu was jailed for 18 years, Fangupo for 17 years and Finau for eight-and-a-half years. Kulu and Fangupo must serve at least half of their sentences before they are eligible for parole.

During the High Court trial, Parker was refused name suppression, but that was challenged all the way to the country's highest court.

In a judgment released this week the Supreme Court said although naming Parker would cause him undue hardship, the principles of open justice outweighed that.

In a statement released after his name was revealed, Parker said he had resolved to put this matter behind him and concentrate on the future.

"This has been going on for ages now, and it takes a toll. I haven't been charged with anything and it doesn't feel right that my name will be connected to matters I've had no chance to defend myself against."

He said he could not imagine anyone in his position not wanting to seek name suppression in similar circumstances.

"It's a terrible position to be in. Things have been said about me that are quite untrue; some of them have already been proven untrue, and I was given no chance to respond at the time they were made.

"It's caused a lot of stress and worry for myself and my family - and it just seems totally wrong.

"Having said that, I need to accept the decision and get on with my life. I have other fights to fight."