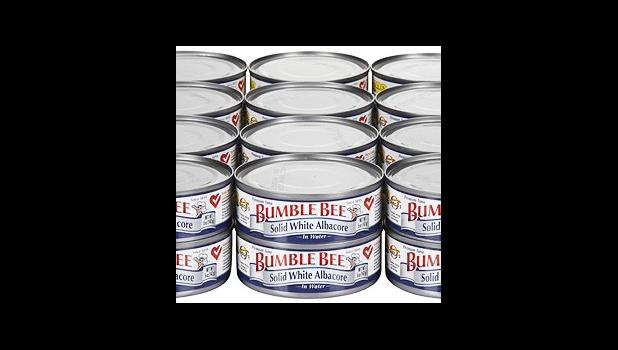 According to the plea agreement released by the Department of Justice (DOJ), Cameron's recommended sentence will fall under level 12 of federal guidelines, which could mean at least a 10-to-16-month prison term.

It will also include the $25,000 fine and a $100 special assessment although he will not be asked to pay victim's restitution due to the ongoing civil lawsuits, the agreement states.

It adds that the sentence recommendation lower than the 10-year maximum term is made in part due to "defendant's substantial assistance in the government's investigation and prosecutions of violations of federal criminal law in the packaged-seafood industry".

Cameron agrees to submit to investigators' interviews, turn over relevant documents and testify against any co-conspirators in the alleged price-fixing conspiracy, the agreement states.

However, the sentence will ultimately be determined by San Francisco judge Edward Chen who can choose to impose a higher or lower sentence.

The Department of Justice (DOJ) has been engaged in an investigation of the US packaged seafoods industry with the "big three" canners -- Bumble Bee; Thai Union Group-owned Tri-Union Seafoods, which trades as Chicken of the Sea; and Starkist, owned by South Korea’s Dongwon Enterprise -- in the spotlight.

Despite claims made in civil lawsuits against the firms, no formal criminal charges against the companies have been filed to date.

Cameron, who served as senior vice-president of sales at Bumble Bee, "knowingly entered into and engaged in a combination and conspiracy to fix, raise, and maintain the prices of packaged seafood sold in the United States", the DOJ has said.

The others he reportedly conspired with haven't been named in the criminal proceedings with the exception of fellow Bumble Bee veteran Kenneth Worsham, who also indicated that he will plead guilty. His court hearing is scheduled for March 1.

The existence of the DOJ investigation first came to light in July of 2015 when Thai Union, which had planned to buy Bumble Bee for $1.5 billion, announced that the investigation prompted it to cancel a share offering it would have used to finance the merger.