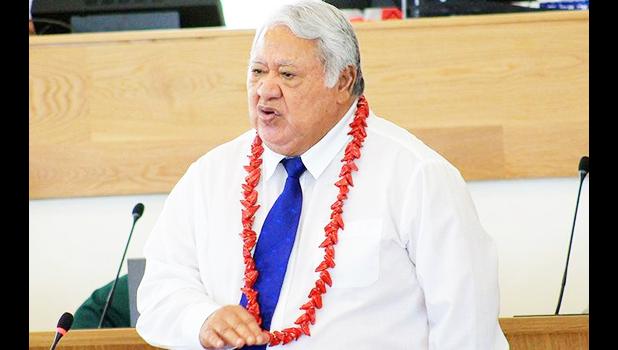 Apia, SAMOA — The party of Samoa's caretaker government is walking back suggestions from its leader that Facebook could be banned before the next election.

Samoa will go to the polls for the second time this year on 21 May, following a controversial decision by the country's Head of State last week.

The election produced a tie of 26 seats each in the parliament for FAST and the HRPP.

Head of State Tuimalealiifano Va'aletoa Sualauvi II called for the country to go to the polls again, saying it was the best way forward to resolve the political stalemate.

In a subsequent interview with the Samoa Observer which was published at the weekend, the caretaker prime minister Tuilaepa Sailele Malielegaoi said he was seriously considering a temporary shutdown of Facebook.

He said unfounded allegations were affecting the public's decision making.

But in a statement hours later posted on Facebook, his HRPP party said it would not shut down any social media, calling the suggestion fake news.

However it is not the first time that Tuilaepa has called for curbs on Facebook. The last time was ten months ago when he told media of his concern about the social media platform being misused to defame people.

Meanwhile, a slew of legal challenges to the outcome of April's election and the head of state's decision to call a second election, go to the Supreme Court in the coming week.

Included in these is a challenge to the appointment of an extra women's seat in parliament, which handed the HRPP one extra seat following the election.

The FAST party said that until this challenge was heard by the court, it was premature of the head of state to call for another election.

The HRPP has dropped 39 candidates from its electoral line-up for the snap election on 21 May.

The party which has dominated Samoa politics for decades split much of its vote in last month's election when it fielded 120 candidates over 51 constituencies.

The HRPP will be hoping to consolidate its votes if the fresh election does go ahead later this month, pending the outcome of a Supreme Court challenge.

The Office of the Electoral Commissioner said three other candidates, two from minor parties and one independent, had also withdrawn.