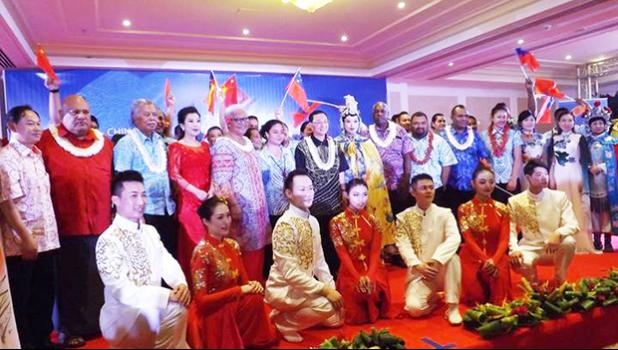 This much is evident from a study showing a dramatic fall in aid spending, in terms of grants and low cost loans, over the past several years.

An assessment by the Australian think tank, the Lowy Institute, using its Pacific Aid Map, showed that, while various Western nations were raising concerns about Chinese influence in the Pacific, Beijing was cutting back its involvement.

Lowy said Chinese aid, in the form of grants and low interest loans, peaked in 2016, at $US287 million dollars.

Lowy's Pacific program director, Jonathan Pryke said by 2019 that aid was down to $US169 million - its lowest level in seven years, "total aid in 2019 was about $US2.44 billion, so they [China] are by no means a bit player, but they were certainly not the dominant force that many people believe, and yes the story is very much one of decline, as you noticed."

The institute also found that China was being "less generous", with a greater proportion of that reduced aid coming in the form of concessional loans rather than grants.

Within this period two Pacific nations, Kiribati and Solomon Islands transferred their allegiance from Taiwan to China.

In addition both New Zealand and Australia launched Pacific re-set campaigns with the apparent aim of the perceived rise in Chinese influence.

There is no immediate explanation for why China has done this. Pryke suggested it may be a sign the aid had served its purpose.

The Chinese presence in the Pacific has grown exponentially since the 1990s when then US President, Bill Clinton, oversaw a pull out by Washington, something the US is now trying to undo.

"I have got a feeling that the Chinese government understands the importance of building and maintaining relationships in the region. Because once you create a situation where your alliance is losing some kind of trust in the relationship, it is very difficult to rebuild," he said.

"So it is a matter of degree - they might reduce the level, but in my observation they are pretty good at keeping a trustful relationship."

RNZ correspondent in Tonga, Kalafi Moala, said there is no expectation there that their relationship with China, one of the country's most important, will decline.

Tonga has been a strong beneficiary in the past of China aid for roads, airports, school reconstruction, but also a huge loan that was used to rebuild Nuku'alofa after riots in 2006.

Those riots were, at least in part, directed at Chinese run businesses, but Moala said the relationship now is strong and mutually beneficial.

And he said China's leniency over the loan repayment has been very important for Tonga.

"For example with COVID they felt it was also time to postpone the payments, but I got it from reliable sources in the finances of government, that by the time they will start the government is set on making the regular payments, and they are intending to complete payments," he said.

Payments on the loan of more than $US100 million were due to start in 2015, but there have been agreements to delay this until 2023.

Tonga at one point had sought to have the loan converted to a grant but Beijing refused.

Moala said Tonga's approach to foreign relations is to be friends with all and enemies of none. He said Tonga seeks relationships based on interdependence.

RNZ Pacific unsuccessfully sought comment from the Chinese Government on the views in this article.