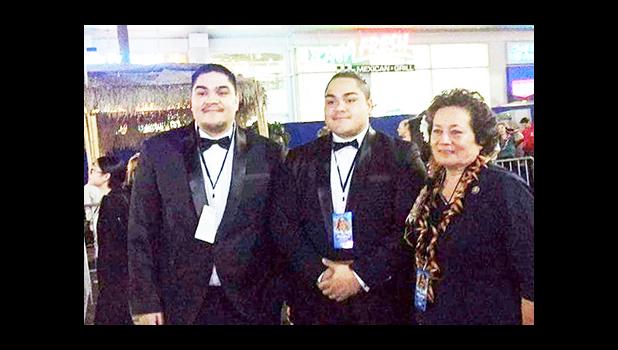 Disney’s animated movie “Moana” debuted to critical acclaim and box office success over the Thanksgiving weekend, but some people in the South Pacific dislike how it depicts their culture, Associated Press reported this week.

Of particular concern is the movie’s portrayal of the demigod Maui, who is shown as enormous and egotistical, albeit with a good heart. That has been jarring for some in Polynesia, where obesity rates are among the highest in the world and where Maui is a revered hero in oral traditions.

Criticism from the Pacific has likely stung Disney, which went to extraordinary lengths to ensure the movie was culturally appropriate after being accused of racism in previous movies such as “Aladdin” (1992). For “Moana,” the filmmakers traveled to the Pacific and met with anthropologists, historians, fisherman and linguists, part of what they came to call the Oceanic Story Trust.

The fictional movie takes place 3,000 years ago in the islands of Polynesia, an area that includes Hawaii, Tonga, Samoa and Tahiti. The movie made $82 million over the five-day weekend, placing it behind only “Frozen” (2013) for a Thanksgiving debut.

A group of Pacific Islanders who attended the premiere last month in Hollywood think it tells a story that is true to the people it portrays.

Prince Tungi of Tonga said, “I am pleased that Disney’s Moana has opened and shared to the world the untold stories of the Pacific with its rich Polynesian culture of seafaring Pacific Islanders with this tale and tells it quite well! With its star-studded cast to its sensational music, it most certainly will bring a lot of warmth, smiles and laughter to this sheer visual spectacle that is Moana.”

Congresswoman Aumua Amata, said, “I am happy to see Polynesians portrayed in such a positive light and hope the movie is so successful that Disney will want to do a sequel and that there will be additional opportunities for Polynesians to be involved. I also hope the movie will lead audiences to want to learn more about our beautiful islands and cultures.”

Adding to the realism, the two lead voice actors are both of Polynesian descent. Newcomer Auli’i Cravalho, the teenager who voices Moana, is of Hawai’ian heritage and Dwayne Johnson whose mother is Samoan performs the voice of “Maui,” the demi-god, who joins Moana on her perilous journey.

Prince Tungi’s mother, Hon. Alaileulamoeileula Poutasu Ma’atu added, “On Samoa and Tonga, and many other islands, women have always played roles of leadership—in our society and our folklore—so it is wonderful to see a female lead the honors that as well as our explorers who crossed wide stretches of ocean. Our peoples were not just waiting to be ‘discovered’ by the Europeans, and although no movie cannot say all there is to learn about Polynesian culture, this a good start and we hope the success of this fun, entertaining movie will give the rest of the world a glimpse of our world.”

A number of Pacific Island notables attended the world premiere of Moana on November 14 at the El Capitan Theater in Hollywood.

AND WHAT ABOUT MAUI?

The movie’s producer Osnat Shurer, speaking by phone from Berlin with Associated Press, said the moviemakers spent five years working closely with people in the Pacific to create what they believe is a beautiful representation.

Shurer said that when it came to figuring out the character of Maui, they found that different islands, villages, and even households, had different impressions of him.

“To some he’s a Superman, to others he’s a trickster,” she said.

In all the stories, she said, Maui was clearly larger than life. At first, however, they envisioned him as a little smaller, and bald. But he just seemed to grow as the movie progressed. She said animators try to find the essence of a character and then exaggerate those features.

She said she hopes Pacific Islanders see the movie with an open mind.

“I feel good about the movie we’ve created and that it can withstand scrutiny,” she said. “All I can say is we did it with love and respect.”

Associated Press contributed to this report.