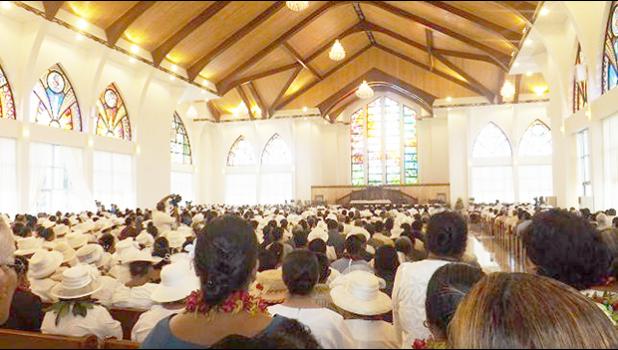 Apia, SAMOA — Donations to Samoa's Congregational Christian Church from its members have increased by more than US$400,000.

Samoa's largest church is currently in a bitter dispute with the government over its ministers' refusal to pay income tax, which has led to several pastors being brought before the courts.

However, church treasurer Rimoni Wright recently told its general conference that its finances continued to grow.

Reverend Wright said much of the extra revenue is earmarked for missionary work.