FAST asks Samoa court to hold Tuilaepa and others in contempt 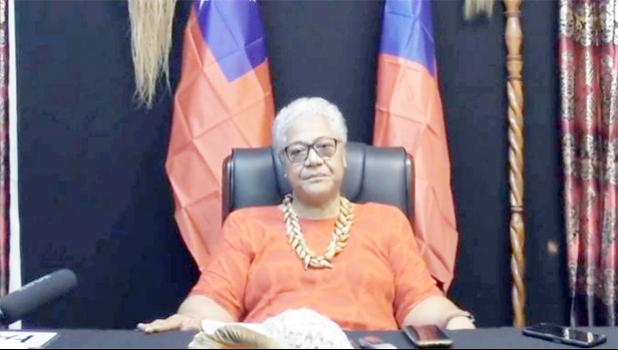 Pago Pago, AMERICAN SAMOA — Faatuatua i Le Atua Samoa ua Tasi (FAST) has asked the Court to have Tuilaepa Dr Sailele Malielegaoi, Leaupepe Toleafoa Faafisi, the Clerk of the Legislative Assembly and the Attorney General, cited for contempt of Court.

This was confirmed by Fiame Naomi Mataafa during a press conference broadcasted on the FAST Facebook page Saturday afternoon (Samoa time).

“Yesterday, we have asked the Court to confirm that Tuilaepa, Toleafoa who used to be the Speaker, the Clerk of the Legislative Assembly and the Attorney General, be cited for contempt of Court;

“That matter is now before the Courts and we await a day for this to be heard,” said Fiame.

Fiame said it is a concern that those responsible for upholding the Law, have

Responding to questions, Hon Fiame also confirmed that the Attorney General’s challenge to have the swearing in ceremony declared unlawful, is against FAST lawyers as well as herself and all elected FAST members.

“That matter is now also before the Courts.”

Regarding a Women’s March set to be held on Monday morning, Fiame called on women to understand the issues especially the purpose of the minimum requirement clause in the Constitution.

Fiame says Tuilaepa is using women to drive a political agenda, adding that HRPP never mentioned gender equality issues in their manifesto nor was it as a part of their campaign.

Fiame called on women to ask themselves what the law is about.

Before concluding the press conference Fiame highlighted the difference between matters now before the Court.

“The matter of the women’s seat, as well as the matter regarding the swearing in – those two matters are political issues, relating to the April 9th general elections.

“However, the matter of contempt of Court, is a criminal matter”.

In the meantime, Talamua online is reporting that Caretaker Prime Minister Tuilaepa has reminded the Head of State, Tuimaleali’ifano Va’aleto’a Sualauvi 11 that Samoa has only one Prime Minister.

In a brief letter to the Head of State, dated 28 May 2021, he said “only you can swear in a Prime Minister and there is only one Prime Minister of Samoa.”

Tuilaepa’s letter warned of the stance taken by the Fa’atuatua I le Atua Samoa ua Tasi (FAST) party leader  Fiamē Naomi Mataafa asking for a meeting with the Head of State.

On Thursday, 27 May 2021, Fiamē wrote to the Head of State asking for a meeting with him and discuss the transition of the new Government.

She also reminded him that his Office, that is independent from the caretaker government that no longer has the support of the country and without the power as they previously had, should perform its duties for the good of the country.

In that letter Tuilaepa warned the HOS that Fiame’s letter was a direct “instruction that is disrespectful and illegal.”