Gabbard officially files for re-election, hoping to continue 'fighting for the people' 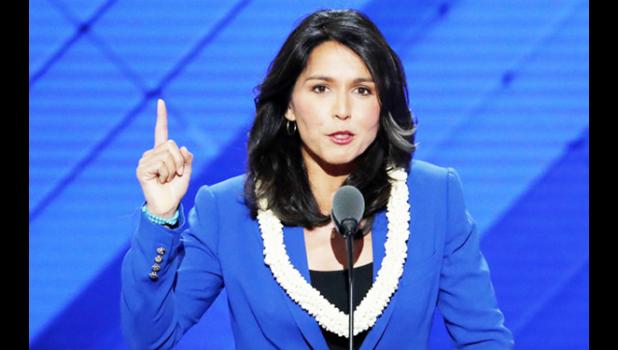 She signed her nomination papers on Wednesday at the Hawaii Office of Elections in Honolulu.

“Serving the people of Hawaii is a responsibility that I am grateful for and one that I take very seriously," Gabbard said, in a statement. "I thank the people of Hawaii’s 2nd Congressional District for placing their trust in me. I hope to again earn their support to continue bringing the aloha spirit to Congress and fighting for the people and our planet in Washington.”

She serves on the House Armed Services Committee and House Foreign Affairs Committee.

She is also a major in the Hawaii Army National Guard and a veteran who has served on two Middle East deployments.