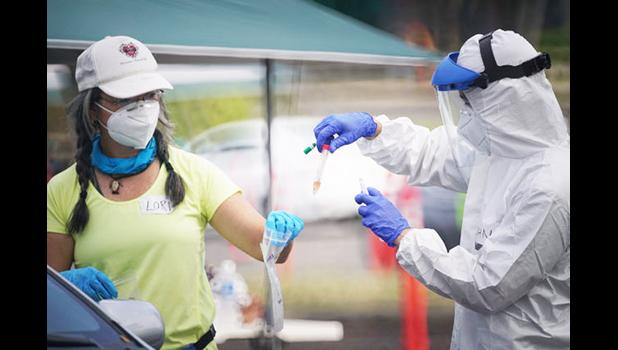 Honolulu, HAWAII — A Maui resident has died from COVID-19, bringing Hawaii’s death toll for the coronavirus to six, according to data from the Hawaii Department of Health released just prior to noon Wednesday. Four of the deaths have occurred on Oahu and two on Maui.

There are now 435 confirmed COVID-19 cases in Hawaii, with 25 new cases confirmed in the last 24 hours. That’s up from 410 on Tuesday. Hawaii officials have broadened the criteria for who can get tested for COVID-19. They will now test people who aren’t showing symptoms but have had close contact with someone who has tested positive.

Who should be tested has been the subject of intense debate for weeks. Lt. Gov. Josh Green and several prominent doctors have aggressively criticized the state for not testing far more widely in Hawaii.

Doctors who wanted more screening said an expansive testing program could show who has the disease and how it spreads and thus stop it. Research on the virus shows about 80% of cases are mild or asymptomatic.

Expanded testing is the latest in a series of aggressive steps by Hawaii officials to curb the spread of COVID-19 in the islands.