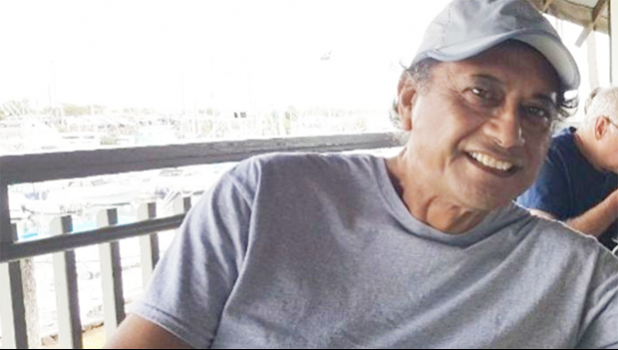 Kona, HAWAII — A hotel security guard brutally beaten by three people in the parking lot of a Kona hotel just over two years ago has died.

John Kanui, 65, was receiving medical treatment on the mainland for a closed traumatic brain injury and a broken neck that resulted in paralysis after he was assaulted while on shift at Kona Seaside Hotel on Sept. 17, 2018.

Kanui’s attackers, Wesley Samoa, Natisha Tautalatasi and Lama Lauvao were convicted for the assault in June 2019 and were sentenced three months later. Samoa and Tautalatasi were found guilty of second-degree attempted murder and Lauvao was convicted of first-degree assault.

Samoa and Tautalatasi were sentenced to life in prison. Recently, the Hawai‘i Paroling Authority determined Tautalatasi would serve a minimum of 35 years in prison, Samoa 30 years and Lauvao 10 years.

With news of Kanui’s death, the prosecutor’s office will not file additional murder charges against the three attackers.

The beating incident occurred just after midnight. Kanui was on shift at Kona Seaside Hotel when he responded to a noise complaint. He ultimately came into contact with Samoa, Tautalatasi and Lauvao in the parking lot.

A verbal altercation occurred, which suddenly turned violent. Hotel video surveillance played in 3rd Circuit Court showed the three attackers alternated punching and kicking the 63-year-old security guard, even after it appeared he was unconscious.

On a Facebook post, Kanui’s family confirmed his passing on Monday. His family is in the process of arranging to get him home to Hawai‘i.

“I knew this day would come, I tried to prepare but I was still shocked and overwhelmed with sadness when the nurses contacted me,” the post stated. “The nurses were by his side in his last moments and he went peacefully.”