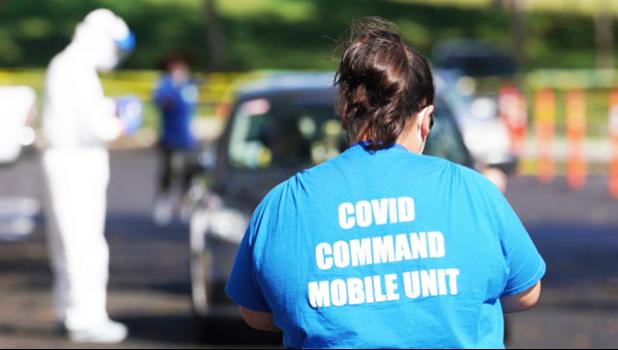 Honolulu, HAWAII — On Tuesday, Hawaii officials announced the first COVID-19 related death in the islands, along with 20 new cases, bringing the state’s total number of confirmed infections to 224.

The person who died was an elderly Oahu man, according to the Department of Health.

Earlier this month, DOH reported there had been a death related to the virus but ultimately found that was inaccurate.

Of the latest 20 cases, 18 of them were in Honolulu County, and two others are still being investigated by the Department of Health.

Among the cases confirmed Tuesday was the first positive result the health department has found among its community surveillance testing, according to Anderson.

“We survey individuals randomly across the state — those who have flu-like illness where the flu has been ruled out,” he said. About 380 samples have been assessed. Since only one has tested positive for COVID-19, community transmission is not considered by the department to be widespread yet, he said.

Private and state laboratories have conducted and verified the results of more than 9,000 tests as of Tuesday, Anderson said. Among those, 224 have come back positive for the coronavirus. The rest were negative or inconclusive.

QUARANTINE TO INCLUDE INTERISLAND TRAVELERS

The governor is expanding a mandatory, 14-day quarantine for air travel to include all inter-island passengers as part of a push to prevent the spread of coronavirus in the state.

The broader quarantine measures go into effect Wednesday at 12:01 a.m. and extend through April 30.

“These are unprecedented times,” said Gov. David Ige, in a news conference Monday.

“In order to protect the health and safety of Hawaii’s people, I along with the county mayors have had to take drastic measures in order to stop the spread of COVID-19. But more must be done.”

Last week, in addition to issuing a sweeping stay-at-home order, the state instituted a first-in-the-nation quarantine on all visitors and returning residents from the mainland and international destinations.

The order has brought travel to Hawaii — a state that depends on tourism — to a virtual standstill.