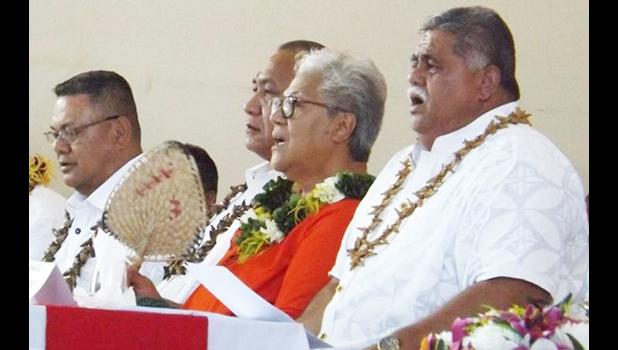 Apia, SAMOA — Samoa's former deputy prime minister and three other Opposition MPs are to be investigated for alleged treasonous activities and breaches of Standing Orders.

A Commission of Inquiry has been ordered to look into the behaviour of Fiame Naomi Mata'afa, who recently left the governing HRPP, as well as La'auli Leuatea Polataivao Schmidt, Faumuina Wayne Fong, and Olo Fiti Va'ai.

Prime Minister Tuila'epa Sa'ilele Malielegaoi ordered the commission during the last day of Parliament, before next month's election.

He said the four MPs attended political campaigns in several constituencies without informing the Speaker.

Tuila'epa said they were absent while parliament proceedings took place from 19 January until yesterday's session.

The prime minister also indicated the inquiry would look into alleged treasonous acts, related to speeches made at campaign rallies.

La'auli was refused permission to counter the claims by the Speaker to address the house over the motion for an inquiry.

A retired judge and a private lawyer are to be appointed alongside the Ombudsman to carry out the inquiry within three months.

The Commission of Inquiry's findings and recommendations will be tabled for a final decision in front of the new Parliament, according to Tuila'epa.

The Samoa Observer reported the decision was announced after the 16th parliament was dissolved on Wednesday.

Fiame had previously announced she would run as an independent candidate following her departure from the ruling HRPP due to its controversial push to overhaul the judiciary and constitution.

No announcement has been made about her role in the FAST party, which she joins formally on Monday.

As sole candidate for Lotofaga, her place in the next parliament is guaranteed.