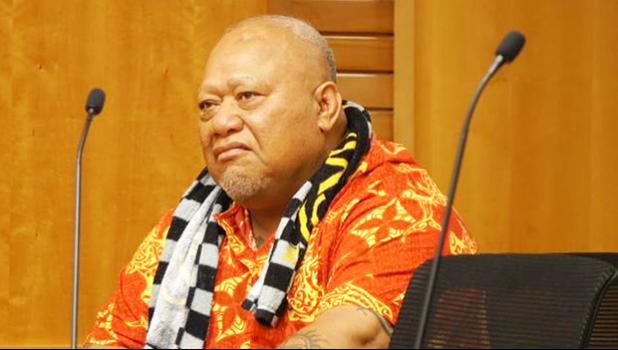 The Hastings-based Samoan chief, Joseph Auga Matamata, was last month sentenced to 11 years in prison for illegally bringing 13 Samoans to New Zealand and exploiting them over a 25-year period.

"The Crown has filed an appeal against the sentence imposed on Mr Matamata. The Crown challenges both the length of the sentence as manifestly inadequate and the absence of a minimum period of imprisonment," Crown Law said.

Separately, Matamata's lawyers have filed an appeal against his conviction.

A jury found him guilty on all but one of the charges when a five-week trial ended in mid-March.

Crown Law in Wellington has filed an appeal against the sentence, concerned that Justice Helen Cull's starting point for determining the penalty was manifestly inadequate, and that there should have been a minimum non-parole period, equivalent to at least half the end sentence.

The defence also filed an appeal this week, based on legal aspects of the trial and judge's directions and decisions about the admissibility of some evidence.

Radio New Zealand reported a brief statement from Crown Law confirming its position: "The Crown has filed an appeal against the sentence imposed on Mr Matamata. The Crown challenges both the length of the sentence as manifestly inadequate and the absence of a minimum period of imprisonment," Crown Law said.

High-profile veteran and semi-retired Napier barrister Russell Fairbrother QC, who is not involved in the case but who in addition to his legal career had several roles in legal matters during six years a Member of Parliament, including chairing a committee to review the Evidence Act, said it was "inevitable" there would be appeals given the historic nature of the prosecution.

No one had previously been prosecuted in New Zealand for a combination of slavery and people trafficking offences, and Fairbrother said there were "areas" of the law that had not been explored before.

Legal sources had told Hawke's Bay Today before the trial that appeals would be likely almost whatever the outcome, to get the matter before the higher authority of the multiple judges of the Court of Appeal.

In relation to the defence appeal, Fairbrother said that as Matamata had denied the charges and gave evidence in court maintaining his stance he would "clearly" have been dissatisfied with the outcome, and likewise it was inevitable that the outcome would be challenged.