In LA County, Pacific Islanders are dying from Coronavirus at a rate 12 times higher than whites. 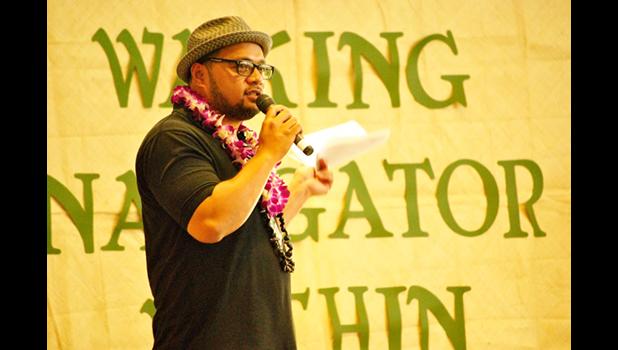 These leaders are fighting back
Source: LAist

Los Angeles, CALIFORNIA — No other group in California is dying from the coronavirus at a higher rate than Pacific Islanders — a painful statistic that's shaking up tight-knit communities of Samoans, Tongans and Native Hawaiians up and down the state.

And no other hub has been worse-hit than Los Angeles County, home to 11 of the 17 Pacific Islanders who've died in the state, according to public health data.

Compton-based pastor Pausa Thompson said he knows or recognizes most of those who have died in the community.

"We are very, very connected," said Thompson, head pastor at Dominguez Samoan Congregational Christian Church. "I can trace the connections even to where their villages are back home."

Pacific Islanders account for a small fraction of the 1,700-plus deaths posted statewide. But the death toll is staggering for a state population of Pacific Islanders that stands shy of 120,000, according to census data.

"It's very, very worrisome," said Paul Simon, chief science officer at the Los Angeles County Department of Public Health. "It really demands that we work much more actively with this community and I think the wheels are already in motion on that."

THE 'LEAST PACIFIC' THING TO DO

The disproportionate impact on Pacific Islanders has saddened but doesn't surprise Dr. Raynald Samoa, an endocrinologist and assistant professor at City of Hope in Duarte. He heads a national COVID-19 response team of community leaders and health experts that was convened earlier this month to help sickened Pacific Islanders and to also create an action plan.

Samoa said that Pacific Islanders have a high prevalence of underlying conditions that are not always well-treated and may put them at higher risk of mortality: diabetes, hypertension and cancer.

A couple of factors may also be exposing Pacific Islanders to the virus more than other groups. Samoa said many are working through the pandemic in "essential" fields like food services, airport security and warehouses.

Another issue is the communal nature of Pacific Islander culture, which lends itself to living in large, multi-generational households that can make it hard to contain the spread of the virus.

Part of the work of his response team is locating potential quarantine facilities in areas with high concentrations of Pacific Islanders — in California, but also in Colorado, Utah, Nevada and Oregon — especially in the event of a second wave of infections. But some may recoil at the idea, he said.

"To ask a family member to quarantine themselves, to leave them during times of illness, is one of the least Pacific things to do," Samoa said. "Families have had to move their relatives to a motel. And it was crushing for them."