Largest ancient structure in all of Polynesia — up for sale 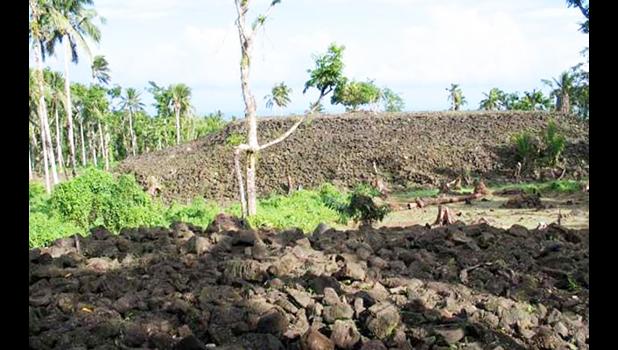 Apia, SAMOA — The pyramid-like Pulemelei Mound in Samoa, identified as the largest ancient structure in Polynesia, is for sale.

The structure is located on a piece of land covering more than 1000 acres, the largest freehold property on Samoa, has now been put on the market either as a single block or as nine separate lots.

The Samoa Observer newspaper reported the Savaii property, owned by O.F. Nelson Properties Limited, had been listed on the open market since March with prospective buyers having until 1 June to make a bid.

"The property's key features include rainforests, waterfalls, ocean views and ancient archaeological sites that would lend itself to a variety of endeavours such as hospitality, agribusiness, real estate development, research facilities," marketing material for the sale read.

"For many years, Letolo Plantation was one of the largest beef producers on the island supplying shops and markets across Samoa."

"In the right hands, the potential new owners could greatly influence and shape the economic future of the region or create a private oasis for his or her personal enjoyment," said the company's statement.

The land had been the subject of some legal wrangles in the district of Palauli, especially with surrounding villages, who claimed it to be traditional ancestry land.