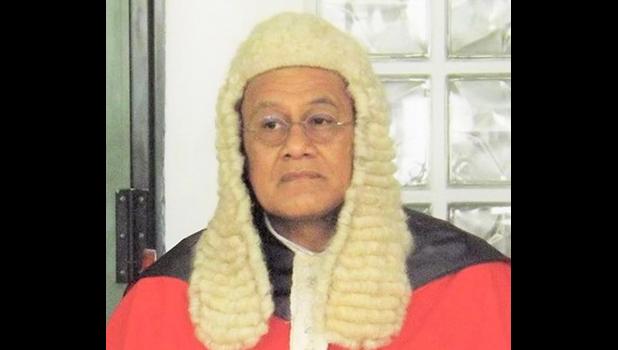 Apia, SAMOA — The Samoa Court of Appeal has reserved its decision after a request for clarification by the FAST party.

FAST narrowly won the election in April but is being stopped from assuming power because its rival, HRPP, is refusing to step down until all election petitions are dealt with.

This follows the Court of Appeal saying the constitution requires a 6th woman MP to meet the reserved seats allocation.

It also said any decision on any such appointment should wait until after the various electoral petitions have been resolved.

FAST said HRPP has been using this as justification for delaying the formation of the new government.

Another key legal matter should be resolved next Monday when the Supreme Court will deliver its ruling on the constitutionality of the FAST swearing in May 24th.

FAST considers it was left with no option after the HRPP leader, Tuila'epa Sa'ilele Malielegaoi, had barred its MPs from entering parliament.

Also early next week the Supreme Court will hear FAST's accusation of contempt against Tuila'epa, the Speaker of Parliament, the Attorney General and the legislative assembly clerk for their roles in the parliamentary lockout.

A fourth elections petition in Samoa has been resolved with both candidates withdrawing challenges.

In turn Masinalupe dropped his counter suit against his HRPP rival.

The Samoa Observer reports that Chief Justice, Satiu Simativa Perese, told the lawyers representing the parties to advertise their intention to withdraw as a requirement.

The matter will be called again on Thursday next week to make the withdrawal official.

One other petition was withdrawn last week, another was resolved in favour of the winning FAST MP and a third, which removed an HRPP MP, will lead to a by-election.