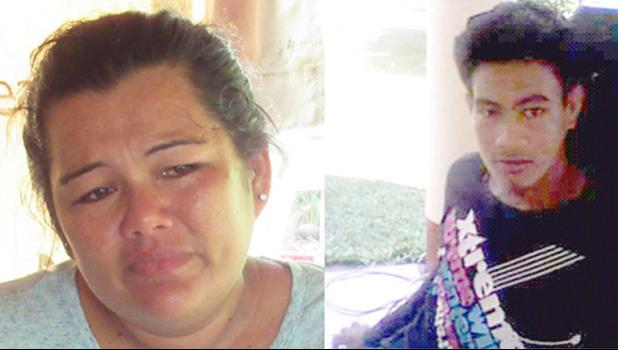 Apia, SAMOA — The oldest sister of 20-year-old Miracle Iva Aileone, is mourning the loss of her little brother, who was allegedly beaten to death on the evening of Easter Sunday in Fasitoo Uta.

Pelenatete Senio, 37, said it’s hard to forget her brother, the fourth of seven siblings, and a funny yet obedient young man whose fulltime job was to care for his parents.

“It’s hard to talk about my brother and how he is missed in our family. He was not a person who talked back to my parents,” she tearfully told reporters.

“No matter how much my parents scolded him, he never answered them back.

At the time of this interview, Pelenatete had not seen her brother since he left the house Sunday for the store.

“Only my parents and brothers have seen him. They have been at the hospital since the beating,” she said.

There are many unanswered questions surrounding Miracle’s death but a witness says two men – a man from Nofoalii and his brother-in-law – beat him until he was unconscious.

Afterward, they poured water on him to try and revive him. When that didn’t work, the men implicated in the beating took him to the hospital.

On Easter Sunday morning, Miracle accompanied his uncle’s brother-in-law, who was visiting from Australia, to the bus stop then he helped with the umu at his aunt’s house. He had toanai with his family, got a haircut, went for a swim in the village pool and then went home, changed his clothes and took a nap.

After his nap, in the evening, Miracle went to the store with a friend.

“And he never came back,” Pelenatete said.