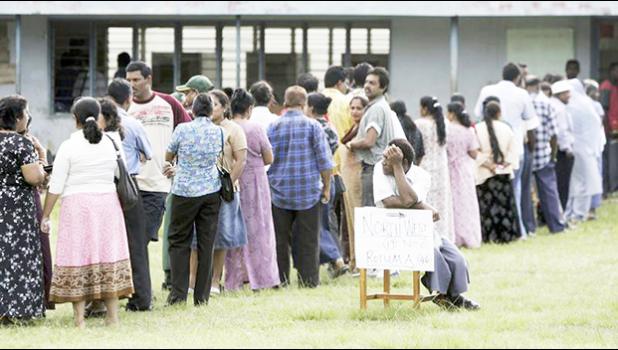 (AP) — A majority of Pacific islanders say corruption is a problem in their governments, with significant numbers saying they have been offered bribes for their votes, according to a new survey released Tuesday by an anti-graft watchdog group.

Transparency International said its first-ever study of Pacific countries and territories revealed that corruption is a significant problem in the region, and that its findings highlighted some worrying trends.

“This new data reveals for the first time the high levels of corruption directly experienced by people in the Pacific, which points to a pressing need for reform,” said Transparency’s head, Delia Ferreira Rubio.

“Governments need to listen to their people and address their corruption problems to ensure they can vote freely and access quality public services easily, regardless of who they know and what they can pay, rooted in fairness and accountability.”

It found that more than three in five people believe corruption is a problem in their government, with around a quarter saying they had been offered a bribe for their votes and 15% saying they had received threats of retaliation if they did not vote in a specific way.

The problem was seen as the worst in Papua New Guinea and the Solomon Islands, where more than 95% of respondents said government corruption was a big problem.

In an area where many are dependent on natural resources, almost half the people surveyed said the government does little to control the companies that are extracting them. More than two-thirds of the respondents also said that businesses use connections to obtain government contracts.

Despite their perceptions of high corruption, more than 60% of the people surveyed welcomed their government’s strategies to fight it, saying they were doing a good job.

Those in Kiribati, which developed a national anti-corruption plan in 2017, had the best impression, with 83% saying the government was doing a good job.

In a hopeful sign, 71% of the people across the region said they felt that citizens could help stop corruption.