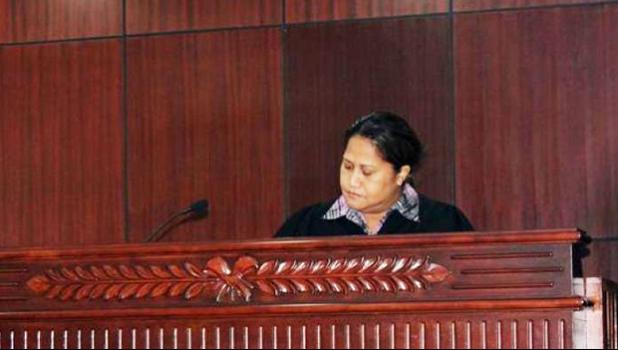 By
Joyetter Feagaimaali’i-Luamanu
joyetter@samoanews.com
The issue is not that the victim is a transgender; the issue is the victim’s age

Apia, SAMOA — A 26-year-old man who performed sexual acts on an 11-year-old boy was sentenced to four years in jail. Sentencing was handed down by Supreme Court Justice, Mata Tuatagaloa earlier this month. The defendant, Val Apiuta was charged with two counts of indecent acts and one count of sexual connection to which he pled guilty. According to the police summary of facts read out in open court, the victim met the defendant on his way home.

The 26-year-old defendant from Faleula-uta is said to have been drinking alcohol prior to committing the offense. According to the report, the defendant claims that the victim is a transgender.

Justice Tuatagaloa pointed out that there is a 15-year age difference between the defendant and the victim and that indicates the level of vulnerability of the victim. “The bigger the age gap the more serious the offending will be. It is well accepted that violence is inherent in any sexual offending. There is usually also associated violence to the commission of the offending.” The Supreme Court Justice further pointed out that in this case the defendant by placing his arm around the victim’s head suggesting a ‘head lock’ and led the victim to a secluded area — is an act of violence.