'Moana' misses out at Golden Globes 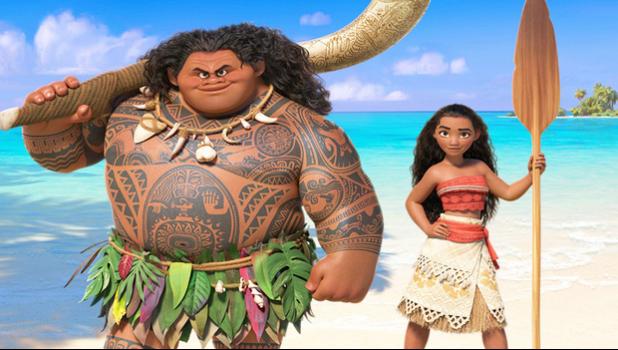 Moana, set in the South Pacific, missed out on the award for best animated film to the other Disney production in its category, Zootopia at the Golden Globe awards this past weekend.

Zootopia also beat out Kubo and the Strings, My Life as A Zucchini and Sing.

Moana, featuring New Zealand actors Rachel House, Jemaine Clement and Temuera Morrison, was also nominated for best original song in a motion picture but La La Land's 'City of Stars' got the nod and with it the best original score award.

Also at today's awards, Meryl Streep turned her acceptance speech into a scathing attack on US President-elect Donald Trump.

The actress was honoured with the Cecil B DeMille lifetime achievement award.

She referred to a 2015 incident at a South Carolina rally when Donald Trump flailed his arms and slurred in his speech in an apparent mocking of New York Times reporter Serge Kovaleski, who has a physical disability.

Mr Trump later denied that he was imitating the reporter.

Musical La La Land has won all seven of the categories it was nominated for at the Golden Globes, setting a new record.

The Golden Globes, which are seen as a good precursor for what to expect at the Academy Awards, were handed out in Los Angeles this afternoon.

Damien Chazelle picked up best screenplay and best director for his work on the film, while Emma Stone and Ryan Gosling won best actress and best actor awards for their performances.

The movie broke the previous record of six Golden Globes, which was shared by One Flew Over The Cuckoo's Nest in 1975 and Midnight Express in 1978.

The award for best performance by an actor in a drama went to Casey Affleck for his role in Manchester By The Sea.

Isabelle Huppert, for her role in Elle, beat out favourite Natalie Portman, who played Jacqueline Kennedy in the biopic Jackie, for best drama actress.

The best supporting actor award went to Aaron Taylor-Johnson for his performance in Nocturnal Animals.

The equivalent for best supporting actress went to Viola Davis for her role in Fences.

The People v OJ Simpson: American Crime Story, also fared well in the television categories, winning best mini-series or motion picture made for television, while the series' Sara Paulson picked up the best actress award in that category.