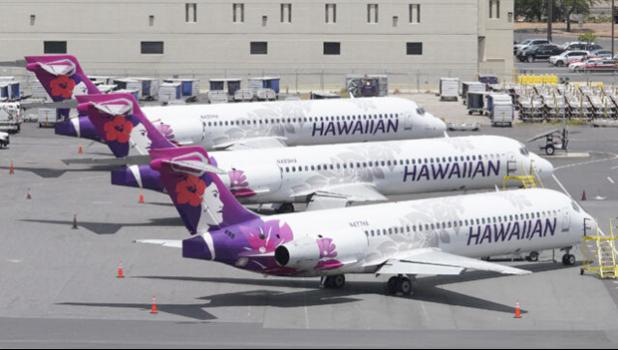 Source: Honolulu Civil Beat
A single test will be required for all travelers arriving in the islands, although counties have some leeway to tailor testing programs for their areas.

Honolulu, HAWAII — After a flurry of confusion set off by various county officials voicing concerns that travelers would bring COVID-19 cases to their communities, the main elements of Hawaii’s plan to reopen to out-of-state travel appeared to solidify on Tuesday, two days before the Oct. 15 date set by Gov. David Ige.

The general terms of the plan remain the same as they have for weeks: people traveling to Hawaii from out of state – including tourists and returning residents – can sidestep the state’s 14-day quarantine by testing negative within 72 hours of departing for Hawaii.

Now, however, neighbor islands will be able to include a second test — free of charge to the traveler. The Big Island is making it a requirement upon landing while Maui and Kauai hope people will volunteer to get another test.

In broad terms, the program “will be implemented in all counties,” Ige said on Tuesday, bringing a sense of order to what had become an increasingly confusing situation.

Bringing tourists back to Hawaii is viewed as vital to restoring the state’s foundering economy, which has shed almost 100,000 jobs since the pandemic took hold in March, including tens of thousands in the hospitality and tourism-related retail sectors. One of Hawaii’s largest employment segments, accounting for about one in six jobs statewide, the tourism industry brought more than $1.5 billion in revenue into the state monthly at its peak before the shutdowns caused by the coronavirus.

That revenue has largely evaporated, much of it wages once paid to workers.

The issue for policymakers has been how to reopen the economy safely, so that a surge in cases does not cause another shutdown, and in a way that’s politically acceptable to a leery public that has at times been willing to sacrifice the economy for safety. The issue has been especially touchy on neighbor islands, where case counts have been lower than on densely populated Oahu.

The pre-travel testing program has long been viewed as a path to reopening; the question was how to implement it.