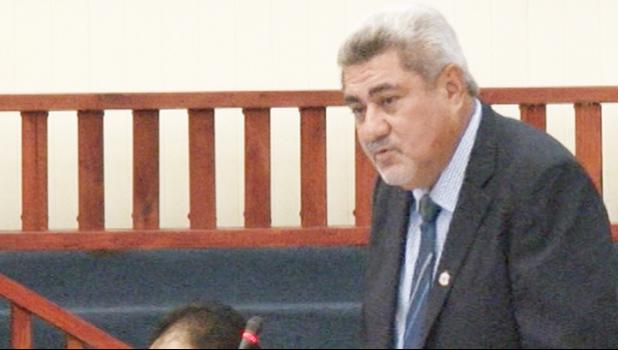 Apia, SAMOA — Member of Parliament Fonotoe Lauofo Pierre is calling on the Samoa Government to amend their policies to make it easier for visitors from American Samoa to visit the country’s casinos. His comments were made during the parliament session last week during the discussion on the Casino Act 2017 which would allow an extension of the Totalizer Agency Board (TAB) for another 12 months to oversee casinos in Samoa. The bill is now tabled in second reading.

Although a number of amendments were suggested, Minister of Public Enterprises, Lautafi Selafi Purcell said the amendments to the current Act are short — just the 12 months extension to the TAB’s authority to oversee the Casino Act. However there is a new Act that’s in the works that will oversee all gambling in Samoa.

During the discussion on this bill, Fonotoe stated that casinos are an important revenue stream for the government as proceeds go into developing of Samoa’s economy. “During my visit to the casino, there were not that many people, however there were a lot of people from India, China and Philippines. Looking back to 2010 when the government was proposing to open the casinos there was a lot of concerns and criticism from the community. However those concerns, which were presented before the committee at the time, fast forward now....six years later those concerns are not really an issue.”

He went on to say today, there is still a need to look at ways to attract more tourists to come utilize the casinos. “My plea to the government is to find more ways to bring more people, My visit to the casinos was evidence that there are not enough players. I also seek the government to look at ways making it easier for our brothers and sisters from American Samoa to come over to play our casinos. They want to come over, however the permit is making it difficult for them to come over …” The parliament report also shows that there is one license allocated for Sheraton or Aggie Grey’s Hotel, he said, “but the government should consider attracting other businesses to add more casinos. My judgment is based on what I saw when I visited the casinos.”

Another MP has urged the Parliament to consider allowing locals to utilize the casinos. “I for one have been longing to play in the casinos but I can’t because I’m a Samoan passport holder,” said Faumuina Wayne Fong. He said there are other people who know their weaknesses and shouldn’t play the casinos but for those who want to play and are able to play — they should be allowed. “It’s better to play local and leave the money here then for us to have to go off island and take the money there.”

Prime Minister Tuilaepa Sailele Malielegaoi, said there were concerns from pastors and members of the public when the casino act was proposed and it reminds him of a song which says that casinos have teeth and they eat money. The song says the casino machines end up eating the money, leaving the person playing with no money to buy food and pay bills, that’s why the (casino) Act was created this way, to protect those types of people who are addicts, the PM said.