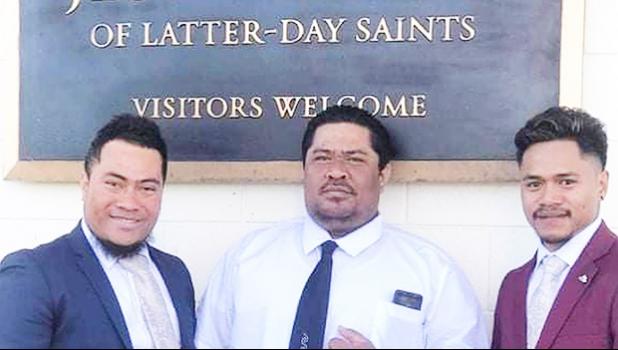 A man killed in a collision between a truck and a van full of seasonal workers on the Napier-Taupō Rd earlier this week has been released.

Tino Tagiilima, 37, of Samoa, died on SH5, Tarawera, on Monday as a result of injuries suffered in the crash.

Tagiilima was one of the occupants of the van carrying 10 Samoan Recognised Seasonal Employer (RSE) workers and one New Zealander, who were travelling from Hawke’s Bay to Taupō for a holiday.

He came to New Zealand to help build a better life and future for his wife and young children.

But it was in the land of opportunity where Tino Tagiilima would lose his life - and with it the hopes of family waiting for him in Samoa.

The father-of-five, in his 30s, has been identified as the man killed in Monday's tragic crash on State Highway 5, near Tarawera.

Friends and family have paid tribute to a man who was proud to be a husband and father to his children - the youngest still a baby, friend and workmate Daniel Nafoitoa Ulale said.

Three vans full of mostly Samoan nationals, in New Zealand under the recognised seasonal employer scheme, were on their way to Taupō for a holiday when they turned right into the cafe.

The first two vans turned into the cafe carpark without incident. However, for some reason, the third van briefly pulled over to the left side of the road.

It was when the van turned to go right - into the cafe carpark - that it was struck by a truck travelling from behind.

The collision sent the truck down a nearby bank - taking a large chunk of the road's barrier with it - and resulted in 10 people being injured, two critically, in the van and killing Tagiilima.