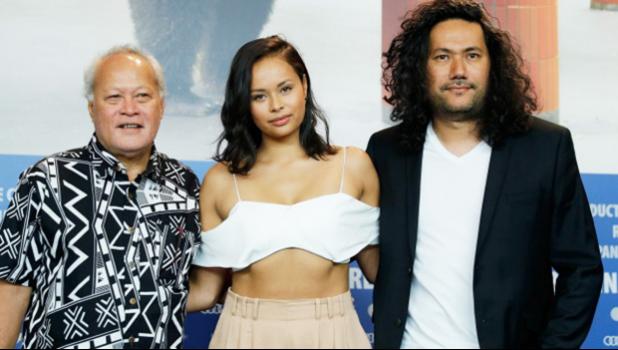 When a father reconnects with his estranged teenage daughter, he is given a rare chance to reshape the future of his family in unexpected ways.

From the writer and director of The Orator – O Le Tulafale — Tusi Tamasese will soon be releasing his new movie “One Thousand Ropes” this month in Samoa and New Zealand. Local showings are awaiting permission from the local Regal Cinemas’ main office before it can premiere in the territory

Tusi Tamasese, born in Samoa, studied social sciences at the University of Waikato before moving to the New Zealand Film & Television School and then taking a Masters in screenwriting at Victoria University, where he now lives with his wife and three children.

He went on to make Samoa’s first feature film, The Orator (O Le Tulafale), which was screened in 2011 and submitted to the 84th Academy Awards. The New Zealand Film Commission and Samoan government funded it. He described it as “my image of what I see of growing up in Samoa.”

“One Thousand Ropes” is a powerful character drama of a father reconnecting with his youngest daughter and together putting to rest the ghosts that haunt them. She arrives vulnerable: badly beaten and heavily pregnant. He struggles on one hand, with the inner temptation and the encouragement from the men in his life to take revenge in the way he knows best, and on the other, to build the new family and companionship so desperately missing from his life.

One Thousand Ropes is a deeply moving film about connections, redemption and new beginnings.

During an interview with Samoa News, Director Tusi Tamasese said, “One of the main things that inspired me to tell this story was a desire to explore “fofo” or healing. The idea of a healer — who is a man.  A man who is gifted the knowledge of a “faatosaga”, tormented by his violent life but yet has this gift of healing and relieving other peoples' pain.  I wanted to explore the physical and spiritual aspects of such a character and the world around him.”

This film is a human story, with Samoan characters seen through universal spectacles and eyes. It is a film that looks foreign and unseen but feels and sounds familiar. It is a film easily understood, whoever you are or wherever you are.

The language in the film is dominantly Samoan as it is a film that revolves around people trying to live their culture outside of their home countries.

“However, there is English spoken in the film. The characters that speak English speak in a proper manner, not the fobbish or “fresh off the boat” English,” says the Writer and Director.

Tamasese’s film was premiered at the Berlin Film Festival early this year and the officials were left slightly red-faced by the interest generated by the world premiere of the Samoan-Kiwi film, One Thousand Ropes. The first reviews at the Festival were very positive.

One of the reviews, The Hollywood Reporter’s David Rooney said, “Childbirth becomes a powerful vessel for renewal in this deeply felt drama about a Samoan former fighter atoning for the violence that divided his family and exiled him to solitude.”

One Thousand Ropes will have its next premiere next week back at the writer-director’s home, Apia, Samoa, at the Apollo Cinemas.

Tamases told Samoa News, “I’m nervous and excited at the same time – there are some confronting themes in the film. I also feel privileged to have worked with a great cast of local and NZ-based Samoan talent to get here so it is great that we are able to share this.”

The writer-director with some of his cast members will be in Samoa for its premiere and wishes they could be able to show the film in American Samoa. Account Manager of the film has said they have contacted the Regal Cinemas and are awaiting an approval to release the film.

Samoa News spoke with the Manager of the local Regal Cinemas- Nuuuli who said, “We are also waiting to hear from the Regal Main Office as they are the ones to pick which film to be played at our cinemas.”

Regal Entertainment Group operates one of the leading diverse theatre circuits consisting of 7,310 screens in 565 theatres along with Guam, Saipan, American Samoa and the District of Columbia.

The core cast of One Thousand Ropes has its premiere next week March 16, but it will officially open in cinemas in Samoa and New Zealand on March 23. Tickets are already on sale, so if you plan to be in New Zealand or Samoa on these dates make sure to check it out.