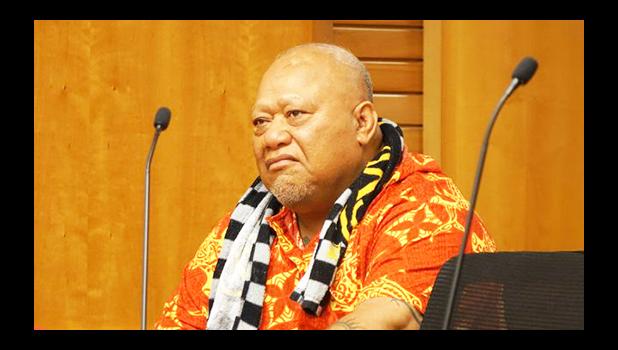 Napier, NEW ZEALAND — The jury in the trial of a Samoan chief accused of slavery has been urged to consider whether he treated 13 Samoans as his property.

Some of the complainants were just teenagers when they arrived in New Zealand, with the youngest only 12 years old.

The Crown, which closed its case this afternoon, has argued throughout the five-week trial before Justice Cull, that Matamata deceived all 13 complainants into coming to New Zealand by promising them, or their parents in Samoa, paid work or schooling.

The court has heard that he paid for their flights, visas and passports.

But when they arrived they worked long hours for no pay, had to comply with strict rules, and were often beaten or threatened with physical abuse if they didn't complete their chores to his liking.

In his closing address, Crown prosecutor Clayton Walker said Matamata, who was a Samoan chief, treated the complainants like his "chattel."

"The definition of slave means controlling a person in the same way you would possess an item... or a chattel, or a thing. It's all about controlling the person."

The way the accused treated one of the first complainants -a 15-year-old girl who arrived in 1994 after being promised schooling - was proof he considered her his property, Walker told the jury.

The girl told the court she never went to school, instead she had to cook, clean and look after Matamata's small children. She was not allowed out of his fenced property without permission.

She said she eventually fled to Auckland after being beaten by the accused, but he tracked her down and brought her back to Hastings tied up in his car.

Her story was "significant" in showing that she was not free to leave, Walker said.

"He has gone up to Auckland to retrieve her, and the manner in which he has brought her back speaks volumes about the way she was treated."

"It demonstrates the control he is exerting over her. The type of control of her as his chattel, his property.

"She had a job to do, she has run away, he has brought her back to do the job."

This pattern of control was repeated for all 13 complainants, Walker said.

In relation to the 11 human trafficking charges, there was clear evidence from the complainants that showed they were "deceived" by Matamata about what they were going to be doing in New Zealand, he said.

"It's a mis-representation because he was never going to give them the money they would earn."

The defence, which has argued the complainants were brought to New Zealand on holiday, will give its closing address on Friday morning.