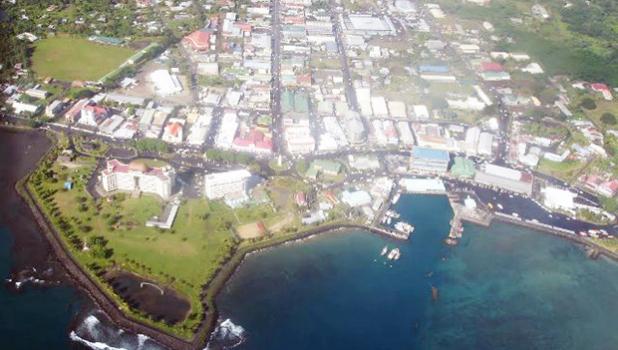 Apia, SAMOA — The Samoa Government has confirmed the Apia Wharf will not close down and Minister of Communications and Information Technology, Afamasaga Rico Tupai has confirmed this. His official statement comes after reports by media outlets in Samoa claiming that the Apia Wharf is likely to close to allow the installation of the Tui Samoa Cable.

According to the statement, the Samoa Government confirms that there may be temporary, short-term closures scheduled for later this year, to facilitate potential developments by another company, which may choose Samoa as its base for cable maintenance work for the region.

Government recognizes that the Apia Wharf is currently struggling to keep up with the increasing demand of the public and private sectors, especially with existing and expected growth in many different sectors, it says.

The Samoa Government has already identified that long-term infrastructure development remains a key part of its Strategy for the Development of Samoa.

Over a dozen Samoan journalists attended the workshop that covered the critical and evolving role of corporate journalism, when understanding and reporting on basic financials.

Skulley was the instructor and is a veteran journalist for the Australian Financial Review and the Sydney Morning Herald and more recently published articles about the Pacific on ANZ’s news and insights portal, ANZ BlueNotes.  He is widely recognized as one of Australia’s finest industrial reporters, specializing in industrial relations and the auto industry.

Prior to the opening of the one-day training, ANZ Samoa Country Head, Bernie Poort said, the workshop “is about sharing insights and skills,” and further noted, “The media plays an important role in informing the public on topical matters related to the financial sector.”

Skulley said that a lot of journalists could feel daunted when it comes to reporting on business and economics, partly because of the jargon that’s used, and because the subject is ‘boring’. “But as the saying goes, ‘money makes the world go round’,” he pointed out.

Skulley told the journalists that improving your understanding of how business works can help you in every reporting ground, including sports, politics and culture. “Your skills will improve if you work at it and you learn where to look for information.”

President of JAWS, Apulu Lance Polu, welcomed the initiative noting, “This is an excellent example of collaboration between ANZ and local media, and we hope to see more of these sorts of initiatives in the future.”

Apia, SAMOA — The U.S. Embassies in New Zealand and Apia worked together to bring to Samoa renowned Hawaiian Mural Artist and Executive Director of the Estria Foundation, Estria Miyashiro and his team. Samoa got to see first hand the work of Estria and his team, when they painted the Nelson Memorial Library, located in the heart of Samoa.

The US Embassies of NZ and Apia expanded the Embassy’s continuing efforts to actively engage with emerging generations to build understanding, cultivate support, stimulate interest, and reinforce the value of artistic expression, according to the US Embassy. It said Estria has been in the arts for more than 30 years, and is recognized around the world as an urban art living legend, a pioneer in the arts and is acknowledged as a valued historian and a community leader.

Participating in the project are the children from American Corner’s reading program ‘Turn a Life Around’ led by Quenjule Slaven and her group of volunteers.

Apia SAMOA — The Government of Japan once again reaffirmed its commitment to assisting development of education in Samoa through grants for two local primary schools, Tuanai Primary School and Laumoliafi Primary School in Avao, Savaii.

The official signing ceremonies took place this week at the Embassy of Japan in Apia between Ambassador of Japan to Samoa, H.E. Tuimaugaoalii Kazumasa Shibuta and representatives from the two schools.

According to Tuimaugaoalii, the grants will fund the reconstruction of rooms in current school buildings, 8 new classrooms per project, as well as libraries and staff rooms, ensuring safe and healthier conditions.

He reiterated Japan’s commitment to support projects that boost the standard of education aligned with the government of Samoa’s key development areas in its Strategy for Development.