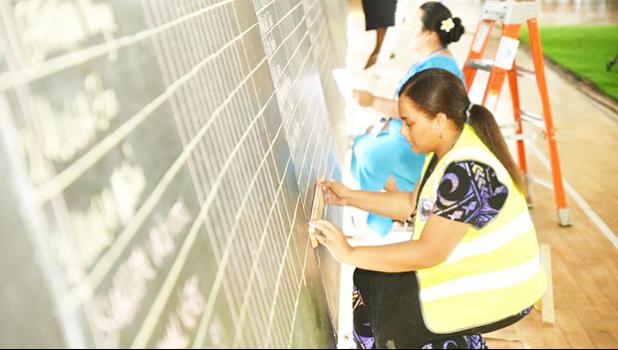 The Human Rights Protection Party (HRPP) has now lost a total of five seats and holds 20 compared to the election winning FAST party's 26.

Two cases were heard Wednesday, with another deferred until tomorrow (Samoa time).

RNZ Pacific's correspondent in Samoa, Autagavaia Tipi Autagavaia, says the other was withdrawn but the seat will be contested again.

"The one against the HRPP candidate and elected member has been withdrawn," said Autagavaia.

"On the deal that he is going to resign as an elected member and go back to the by-election. That's for Safata No 2."

The election night winner the HRPP's Nonu Lose Niumata had been accused of bribery and treating.

He will now contest the by-election with FAST's Laumatiamanu Mathew Ringo Purcell.

It is one of five by-elections to come after 21 of 28 petitions have been settled.

CALL TO REMOVE THE HEAD OF STATE

A New Zealand based Samoan academic claims there are grounds under Samoa's constitution to remove the Head of State due to his conduct through the country's electoral stalemate.

Auckland University law lecturer Fuimaono Dylan Asafo said Tuimaleali'ifano Va'aletoa Sualauvi II has been acting in the interests of the caretaker HRPP government instead of the people of Samoa and the constitution.

The Head of State has called the judiciary disrespectful and accused them of trying to usurp his power.

However, Fuimaono said the judiciary has been nothing but respectful by not naming him in proceedings of contempt.

It's now time for them to act, he said.

"Given the lawlessness of the Head of State there are plans or there will be plans in motion to remove him on the grounds of misbehaviour under the Constitution," said Fuimaono.

Ardern said they both still believe the decision of the Supreme Court needs to be upheld.

"There are obviously some deadlines for the convening of parliament that are looming and we continue to meet and talk about New Zealand's position."

Ardern said she will discuss Samoa's situation with the Secretary General of the Pacific Islands Forum, Henry Puna, who is in Wellington this week.