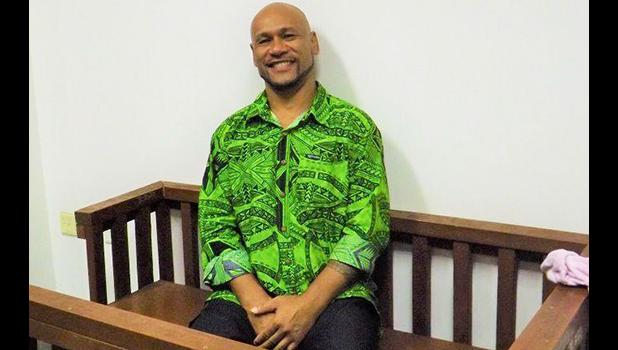 Apia, SAMOA — A district court judge in Samoa has granted bail for Malele Atofu, who is widely known as King Faipopo, but he's been forbidden from posting on social media.

Arrested for a second time last Thursday, he faces 13 charges of making false and defamatory comments against the Prime Minister, Tuila'epa Sa'ilele Malielegaoi.

Justice Alalatoa Rosella Papalii has imposed a bail condition that the defendant not publish on social media until his case is heard.

The prosecution ealrier raised concern that if released on bail, Mr Atofu would continue what they called potentially defamatory social media rants.

Mr Atofu, an Australian resident who was originally arrested on arrival in Samoa last year, entered a not guilty plea.

His lawyers filed a motion arguing the Samoan court has no jurisdiction to hear the charges case because the video which resulted in the charges was posted in Australia.

The court will deliver a ruling on the motion on Friday.