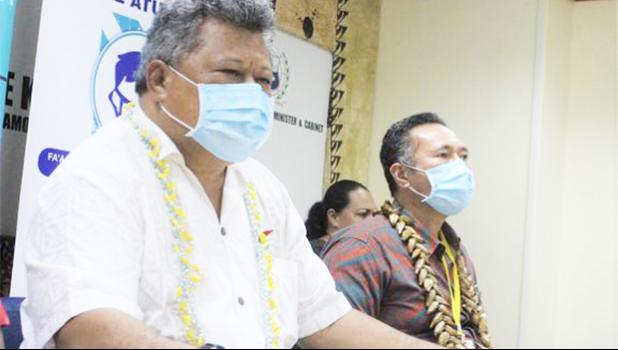 Apia, SAMOA — A total of 19,567 Covid shots were administered during Samoa's two day mass vaccination campaign but its below what officials hoped to achieve.

Leausa said this means that 93.3 percent of the eligible population have their first dose but only 46.6 percent have been fully vaccinated.

"We'd love to achieve 90 percent herd immunity for the country," according to Chairman of the National Emergency Operations Committee, Agafili Shem Leo.

A total of 113 mobile teams in Upolu and 41 in Savai'i canvassed the country over the two days to try to vaccinate the remaining 28 percent of the eligible population.

"In most cases it was ignorance and team leaders were able to convince them to be vaccinated, Agafili said

"But we have some who still refuse to be vaccinated and we have now classified them as high risk who will be monitored," he said.

Agafili added there is still a lack of urgency amongst the people with regards to immunization and how important it is for everyone.

Director General of Health Leausa said there had been no reports from the field of any adverse effects to those who had been vaccinated.

Leausa said the main target is having everyone given their second dose and people should not take this lightly.