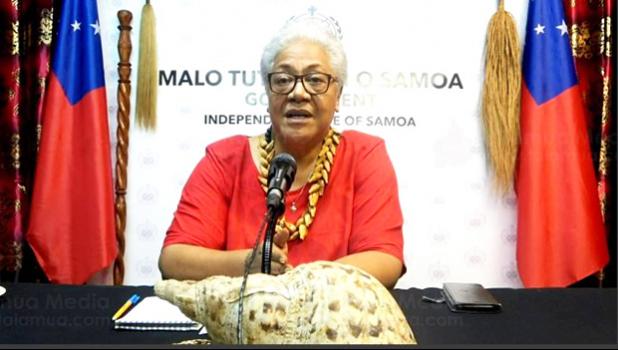 The parties met yesterday in Apia to try and resolve the stalemate resulting from the April 9th election.

Fiame issued a statement last night maintaining that FAST holds the majority of 26 seats to the HRPP's 25.

She said these FAST members have been sworn in, a cabinet appointed and speaker and deputy chosen.

The HRPP Leader, caretaker prime minister Tuila'epa Sa'ilele Malielegaoi continued to claim the result is not clear because 10 percent of 51 members or 6 women representatives in the Houseis has not been achieved.

But Fiame said last week's Court of Appeal decision is not retrospective and can only apply to future elections as the writ of appointment of the elected members was given by the Head of State on 16 April 2021.

Fiame said she is also seeking the continuing support and prayers of the churches and the nation as the political leaders look to amicably resolve the current impasse.