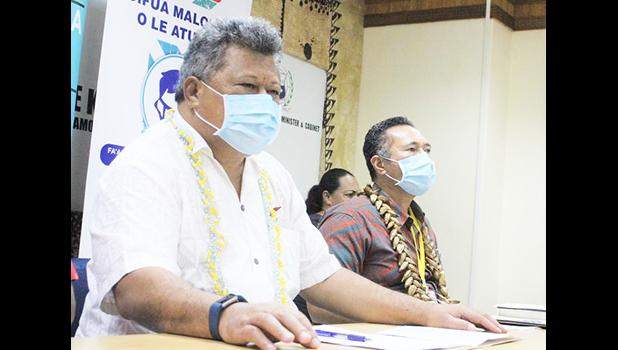 Apia, SAMOA — Samoa will receive its first shipment of Pfizer vaccine by the end of March with the Ministry of Health looking at legal options for people who would not want to be immunized.

The Director-General of Health, Leausa Dr Take Naseri, said in times of a pandemic everyone needed to support and take part in a mass vaccination.

Leausa said front-line workers such as health personnel would be priorities to receive the vaccine.

The UN resident coordinator in Samoa, Dr Simona Marinescu, said the Covid-19 Vaccines Global Access Facility, or COVAX, approved up to 50,000 vaccine doses for Samoa, enough for 20 percent of the population and officials. She said the vaccine should be in Samoa before the end of March.

He said Samoa was getting support from its diplomatic partners as well as the World Health Organization for supply funding.

The initial plan was that after front-line workers, senior government officials would receive the vaccine and then two to three percent of the population would be immunised. Marinescu said it was up to Samoa to prioritize deployment of the vaccines.

Meanwhile, the Director-General also confirmed a 23 year old seafarer was the man isolated from last week's repatriation flight after testing positive for Covid-19.

Leausa told reporters the returned sailor was a historical case who worked for a shipping company in Italy.

Leausa said the sailor was feeling well and had no COVID symptoms.

Currently people on the repatriated flight are being quarantined for 21 days.

Last weekend some of the repatriated sailors reportedly caused an incident when they threatened to walk out of their quarantine accommodation.

TV1 Samoa reported staff at the unnamed accommodation called police to help calm the situation down.

Police Commissioner, Fuiavailili Egon Keil, confirmed the matter saying the disgruntled sailors were not happy with the meals they had been provided.

This was echoed by the chairman of the National Emergency Operations Center, Agafili Shem Leo, who said at a press conference that the sailors were no longer used to eating Samoan food after being away on luxury cruise ships.