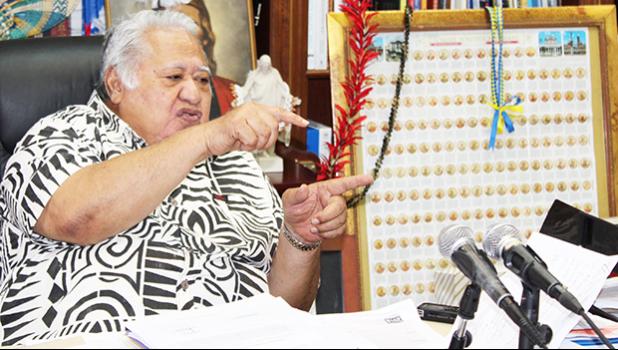 Apia, SAMOA — Following his announcement last week about the Overseas Medical Referral Program (OMRP) during his 2AP radio program, Prime Minister Tuilaepa Sailele Malielegaoi issued an official statement noting that Samoa’s health services will look to have a massive improvement with the new arrangement under the OMRP currently being implemented.

One such improvement is the expansion of the OMRP program to India. He said the arrangement has long been in the making and will definitely have huge benefits for the country. “The people’s lives are very important, and having the best health services locally remains a top priority for the Government,” Tuilaepa said.

Officials with the Ministry of Health have confirmed the main reason behind the move to refer patients to India is that it’s cost effective. Speaking to Samoa News on the condition of anonymity, one of the officials stated, “It’s so much cheaper to send patients to India compared to what the government spends on sending patients to New Zealand and Australia.”

During his radio program, Tuilaepa acknowledge the long plane ride to India, however he also noted that it’s cheaper. The Prime Minister happily explained that the Samoa government would cover all expenses now that it’s cheaper to send patients and the caretaker to India. He explained that aside from the return airfares, the caretaker would be staying at a hotel until all the treatment is completed.

And as part of the agreement with India, Tuilaepa said, “We look to raise the percentage of patients that can be treated locally as stated in our Samoa Development Strategy 2016/17-2019/20. And the new arrangement will benefit the people of Samoa tremendously with the opportunity of referred patients getting the best treatments overseas, and the exposure of our medical staff to professional medical specialists (from India) that will be working locally — it will enhance the level of understanding and skills for our medical people. The partnership between the two countries will allow the performance of medical services that are not available around our region at a cost-effective arrangement-as stated in the Strategy,” said Tuilaepa.

A medical team will evaluate the patient and see if there is a need for medical treatment overseas or not. It has to be approved by executive members and Cabinet, Tuilaepa concluded