Samoa Parliament to convene on Monday after Supreme Court ruling 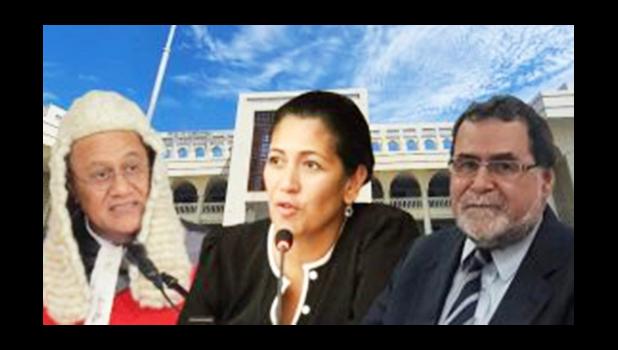 Apia, SAMOA — Samoa media is reporting that the Samoa Supreme Court has issued orders to uphold the original proclamation dated May 20, 2021 by the Head of State of Samoa to convene the country’s XVIIth Parliament following the April 9 General Elections.

The Orders of the Court, issued around 1pm on Sunday afternoon (Samoa time) were signed and issued by Chief Justice Satiu Simativa Perese together with Justice Tafaoimalo Tologata Leilani Tuala-Warren and Justice Vui Clarence Nelson.

“Those were basically the two orders,” said FAST party lawyer Taulapapa Brenda Heather outside the Court on Sunday afternoon, after the hearing

Asked if the nation could expect another move to sabotage Parliament convening in the next 12 hours, Taulapapa said her clients, the FAST party stand prepared for anything else that might come up.

The special sitting of the Court was held 11am Sunday morning following an application by FAST lawyers led by former Attorney General Taulapapa challenging a late night proclamation by the Head of State issued by email from the Government Press Secretariat at 9.09pm Saturday night (Samoa time).

The Court has also directed that a copy of the Orders be given immediately to the Clerk of the Legislative Assembly Tiatia Graeme Tualaulelei who has been moving ahead with preparations for the official opening.

The Supreme Court took the unusual step of sitting in Chambers this morning [Sunday morning Samoa time] to hear an Application from the Applicants FAST & Ors v Attorney General & Electoral Commissioner, made on a without notice basis, seeking Orders that the Court’s decision delivered on 17 May 2021 be certified according to its terms; and further application for an Order that the Proclamation dated 22 May 2021 which purports to countermand an earlier Proclamation dated 20 May 2021 calling for the convening of Parliament on 24 May 2021 be adjudged to be unlawful.

The Court directed that although the Applications were made on a without notice basis, the applications were, notwithstanding that today is a Sunday, were served on the Attorney General who has in the past appeared for the Head of State and Electoral Commissioner.

Mrs Heather-Latu and Mr Latu spoke to their Application and the Court is satisfied that the terms of the 17 May 2021 judgment can be certified and should be certified by the Registrar. Further the Court has made an order on an interim basis that any purported revocation of the Head of State’s Proclamation dated 20 May 2021 summoning Parliament, is inconsistent with this Court’s declaration (judgment dated 17 May 2021 para 94(4)) and Article 52 of the Constitution, and is thereby unlawful and of no effect.

The Orders are to be served on the Clerk of the Legislative Assembly. The Registrar is directed to bring the Orders to the immediate attention of the Head of State and the Attorney General.