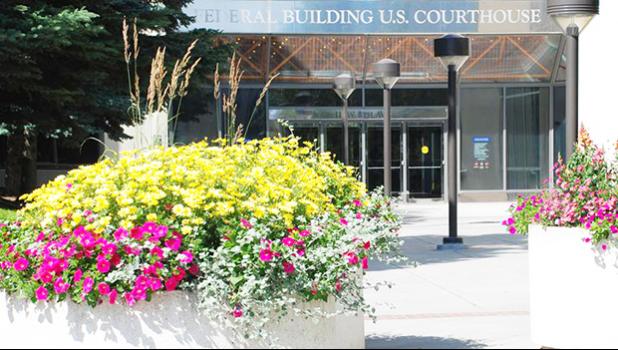 Anchorage, ALASKA – An Anchorage man was sentenced yesterday by U.S. District Judge Sharon Gleason to 50 years in prison for kidnapping and drug trafficking.

According to court documents, Macauther Christmas Vaifanua, 35, aka “Mac” and his brother, Faamanu Vaifanua, 31, aka “Junior” distributed heroin in the Anchorage area through the kidnapped victim between January 2015 and August 2017.

Vaifanua and several of his co-defendants then threatened a person in the area at gunpoint to back his pickup truck to the garage door. The group loaded the kennel into the back of the truck with the victim still in it. The driver was told at gunpoint to leave and never be seen again. After driving away from the area, the driver stopped to see what had been loaded into his truck. Upon seeing the victim, he immediately drove to a hospital emergency room where the victim received life-saving medical attention including brain surgery.

“This was not a random act of violence but a calculated act of savagery against another human being and a complete disregard for human life,” said Acting U.S. Attorney Bryan Wilson, District of Alaska. “Mr. Vaifanua will serve the next five decades in federal prison where there is no possibility of parole. The citizens of Alaska will not tolerate drug trafficking and the violence that is an integral part of that activity. We will work tirelessly with our law enforcement partners to ensure justice is served.”

“Such brutality and indifference to human life is unacceptable,” said Acting Special Agent in Charge Adam Pierce of the FBI Anchorage Field Office. “This vicious assault and kidnapping were criminal acts that happened in a residential neighborhood, a place where Alaskans should feel safe. Know that the FBI and our partners on the Safe Streets Task Force will always be relentless in our efforts to identify, locate and apprehend dangerous offenders who threaten the safety of our communities.”

“Violent crime will not be tolerated,” said Chief Kenneth McCoy with the Anchorage Police Department. “This investigation highlights the strength of our federal partnerships to keep violent offenders off the street.”

Co-defendants in this case are “Junior” Vaifanua, 35, Jeffrey Ahvan, 33, Rex Faumui, 28, and Tamole Lauina, 25. They are currently in custody awaiting their separate hearings.

The Anchorage Police Department (APD), the Federal Bureau of Investigation (FBI), the Bureau of Alcohol, Tobacco, Firearms and Explosives (ATF) and the U.S. Marshals Service (USMS) investigated the case.