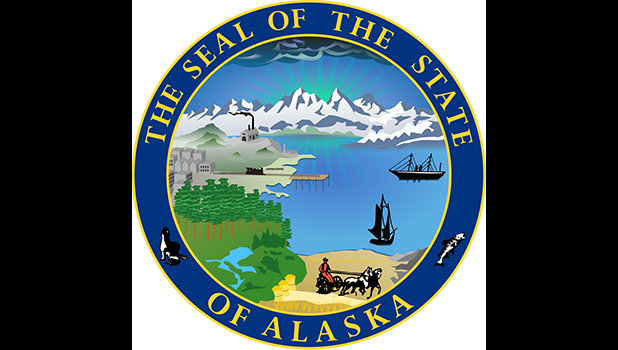 Claims he was treated like a ‘slave’ and ‘punching bag’ by his brothers
By
Fili Sagapolutele
fili@samoanews.com

Anchorage, ALASKA — A 25-year-old Samoan man — who was sentenced more than a week ago at the federal court in Anchorage, Alaska in a separate felony gun possession case — is facing kidnapping and murder charges in state court.

Iosia Nelson Fiso, who resides in Anchorage, pled guilty last year to illegal possession of a firearm as a convicted felon, according to federal court documents which also show that the defendant, who has a long criminal record relating to gang violence, moved from American Samoa to Hawai’i at a young age, and later moved to Alaska.

Fiso, who claimed in federal documents that he was treated like a “slave or punching bag” by his brothers, was sentenced Jan. 17th this year by US District Court Judge Timothy M. Burgess to serve 48 months in jail, followed by three years of supervised release.

According to court documents, while investigating a shooting that occurred Jan. 9, 2019, Anchorage police officers uncovered a scope on an American Spirit ASA 15 rifle bearing Fiso’s fingerprint. The day after the shooting, police contacted Fiso, who was found to be in possession of three additional firearms that were in his girlfriend’s vehicle.

Prosecutors and federal court documents note that Fiso has two previous felony convictions in the State of Alaska for crimes involving misconduct with weapons, and hindering prosecution; and was therefore prohibited from possessing firearms.

While Samoa News didn’t immediately have access to state court documents, news outlet KTVA-TV quotes detectives with Anchorage police saying that Fiso, along with 22-year-old Leone Leone Jr., and 38-year-old Kenneth Ketah were charged last June with kidnapping, assault, and the murder of another man in January 2019.

The victim was allegedly tortured by the three defendants before he died.

Alaska state court online records gives a summary of the charges against the three defendants, with Fiso facing 10 counts; Leone with 11 counts; and Ketah with 6 counts. The next state court hearing on the case is later next month.

Prosecutors in their sentencing statement left it up to the court to decide a sentence, focusing only on the federal gun violation charge and not the pending state court charges.

During the defense’s statement, Assistant Federal Public Defender Darrel J. Gardner recommended a sentence of 3 years imprisonment followed by 3 years of supervised release. The defense acknowledged that Fiso “has an extensive criminal history” and gave a brief summary of those cases, including drug charges.

“Iosia Fiso has had personal difficulties in his life, starting at an early age,” said Gardner, who recalled part of the defendant’s statement in the federal Pre-sentence Investigation Report (or PSR), that Fiso resided in American Samoa until age 4 when he relocated to Honolulu to live with his maternal grandparents. Fiso’s mother also moved to Hawai’i.

According to him, he began getting into trouble and ran away from home often. The family was living in the Mayor Wright Housing.

Fiso’s juvenile probation records note that he “was indoctrinated into the gang lifestyle” at 8 years old, and landed in the Hawai’i juvenile system after assaulting a police officer at age 12. “[As a juvenile] the defendant stated, he grew up witnessing a lot of violence and criminal activities and was physically and verbally abused by family members,” the defense said, citing the PSR.

“The defendant reported his brothers treated him like a slave or punching bag,” it says. “The defendant indicated he felt neglected and left out from his family, so he did his ‘own thing’ which was a way for him to gain power.”

Furthermore, “The defendant wrote that he became a violent person; thereby, he was accepted by gang members and became a member of the 808 Pirus gang at age 9.”

“This point in his life, Mr. Fiso is trying to move away from the gang lifestyle,” said Gardner, who hopes that the defendant’s “experience with the federal justice system will provide him with treatment and educational opportunities to assist him in transitioning back into society.

Court documents show that Fiso’s two aunties submitted letters to Judge Burgess about their nephew’s background. One of them explained that Fiso’s maternal grandparents are retired pastors of a Samoan Methodist Church in Hawai’i, while his parents are deacons of a Christian church in Apia, Samoa.

“Growing up, he was always a bright child with so much ambition. His talent is with people and music,” the aunty said, and acknowledged that there where shortcomings in her nephew’s life. She asked the court for a “fit and fair” punishment, saying, “I believe if [Fiso] were to be given another chance; with the right programs, therapy, the right support system and network, he can succeed and become the father that I know he can be for his children.”

The second aunty wrote in her letter that Fiso “is a respectful young man, he is family-oriented and he is a God-fearing man.”

“I pray to God that you please give my nephew one last chance,” said the letter to Judge Burgess. “Nelson is now a father of two, and I pray that he would do right by them like we, his family, have always done by him. With a humble heart I ask for forgiveness on behalf of my nephew Iosia (Nelson) Fiso.”