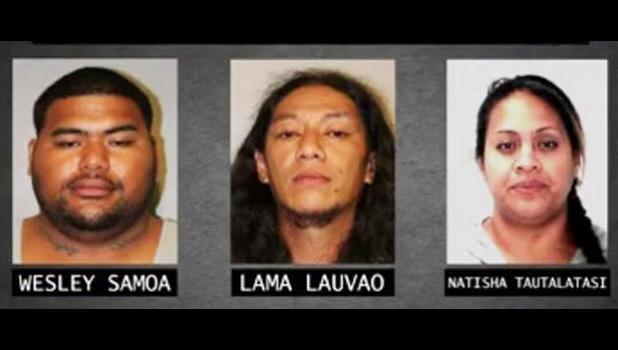 Kona, HAWAII — A woman convicted of attempted murder in the 2018 attack of a Kona hotel security guard must spend over three decades behind bars before becoming eligible for parole.

Natisha Tautalatasi will not be able to seek freedom until September 2053, or until she’s served at least 35 years of a life sentence imposed after she was convicted in 2019 of attempted second-degree murder, according to the Hawaii Paroling Authority.

Tautalatasi is currently in custody at the Women’s Community Correctional Center on Oahu.

Her co-defendant also convicted of attempted second-degree murder, Wesley Samoa, meanwhile is awaiting to learn the minimum term he must serve before becoming eligible for parole. Samoa, who is incarcerated at the Halawa Correctional Facility on Oahu, will go before the parole board in July.

Lama Lauvao, the third person charged in connection with the crime, had his minimum term set in January. His hearing included a previous charge of second-degree accomplice to robbery and a first-degree assault conviction related to the hotel beating.

The parole board set both of his minimum terms at 10 years each. He is currently confined at the Saguaro Correctional Center in Eloy, Arizona.

The convictions stem from an incident that occurred early Sept. 17, 2018, when Samoa, Tautalatasi and Lauvao got into an altercation with John Kanui while in the parking lot at the Kona Seaside Hotel off Palani Road.

Kanui, who suffered a cervical spine fracture, remains paralyzed in a care facility on the mainland.