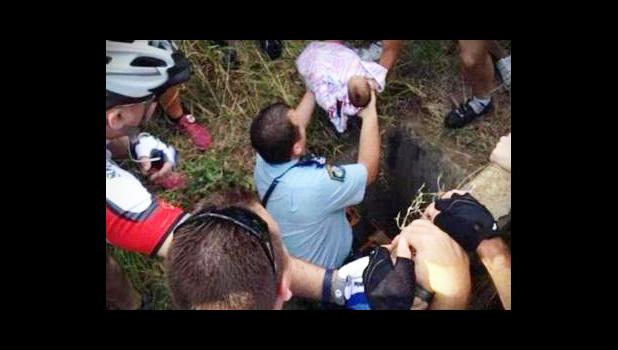 She was a young woman from the islands with a pretty face living far away from her deeply religious Samoan parents when she secretly became pregnant to her first Australian boyfriend.

Then aged 30, she worked at a food storage warehouse in northwestern Sydney, just a 20-minute drive from the home she shared with her aunt and cousins.

The woman, who was to make international headlines when she placed her newborn son from a secret pregnancy down a 2.4m deep stormwater drain and the baby survived alone for an incredible five days, was leading an ordinary suburban life.

After becoming pregnant, the young woman, who was already an aunt to several of her sisters' children, continued to socialise with workmates and members of Australia's Samoan community.

The girl and her sisters had moved to Australia from Samoa during their teens and early 20s for a better life, but maintained strong ties with their parents back in Samoa.

The girl visited her sisters at their homes in rural NSW and, according to later court reports, was originally excited about the pregnancy.

Freed from the constraints of her culture and parents back in Samoa, she began a relationship.

Pictures from her Facebook page, which has since been shut down, show her smiling with a young man of Islander descent.

A family friend told news.com.au. that "She was always very nice at church and good with kids. She had a Samoan boyfriend but he moved away

Despite court reports that the woman became pregnant to her "first ever" boyfriend, news.com.au has learned she has a six-year-old son living in New Zealand and had a long distance relationship with a man in Samoa.

But by April 2014, her ordinary suburban life had been overturned and she was burdened with a pregnancy that she sought to conceal.

She told co-workers she was expecting a baby, but kept it secret from her family.

A court later heard that when the woman's boyfriend was told about the pregnancy, he told the mother their relationship was over and he did not believe the child was his.

Withdrawn and depressed, she asked her GP about a termination but was told it was too late.

Early on November 17, 2014, the woman secretly gave birth to a baby son at Blacktown Hospital.

The following day, the girl left the hospital with her baby and went and sat in a park with the baby boy thinking about the fact that her family was unaware that she had given birth.

Then she headed for the M7 motorway at Quakers Hill, in Sydney's northwest.

Wrapping the baby's feet in a plastic bag, she pushed it down a stormwater drain on grassy strip by the highway.