Selu Alofipo a “Champion of Change” 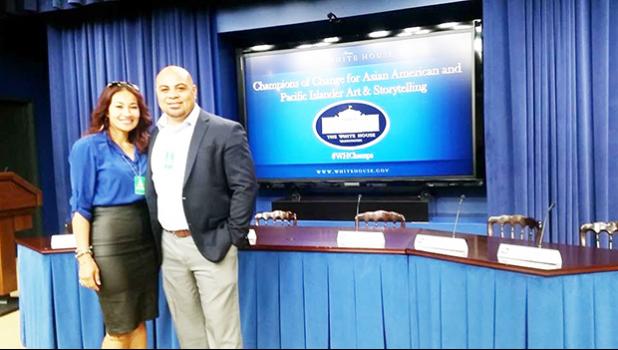 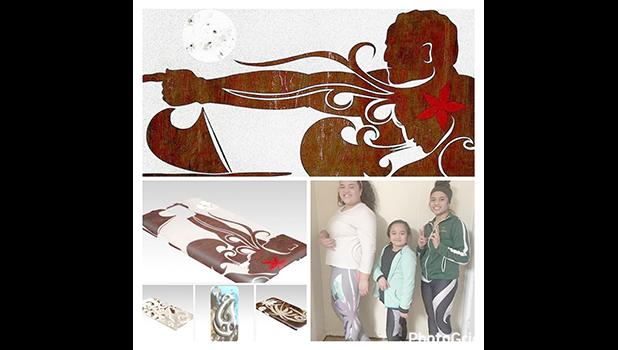 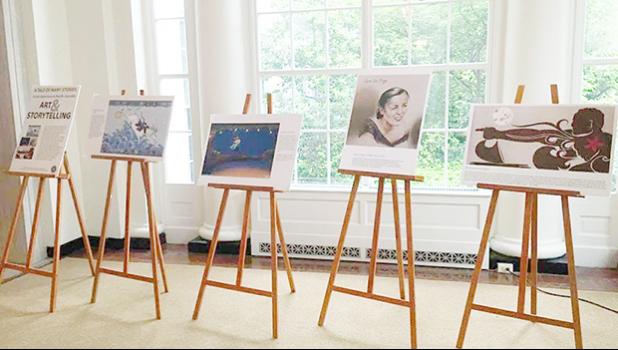 Last May, Samoan artist Selu Alofipo was recognized as one of ten artists chosen by the President’s Advisory Commission on Asian Americans and Pacific Islanders (AAPI), as a “Champion of Change” last year, May 2016, during President Obama’s Administration.

Alofipo started his career as a professional artist in 2009 and began as a bone carver, carving jewelry (mainly necklaces) out of shells and bones. This was short lived however, as he quickly evolved to painting — as he sought a wider market for his work.

He knew that painting would make his work more marketable and appeal to the general public, rather than one particular group — those who wore bone-carving necklaces. One idea led to the other, with one of his artworks, ending up on display at the East Wing of the White House.

He said during the White House Recognition ceremony last year, “My journey as an artist began was an act of desperation. I wanted more; I wanted better, and I expected both. I simply got tired of getting by. I have a college education; I played Division I football and started every year I played; I am healthy and strong, I am blessed with certain abilities and gifts. Why then was I living on food stamps? Why was I struggling to get bills paid? Why could I not take my family on awesome vacations? Why am I not better? These questions burned inside of me and it literally brought me to my knees. I decided to take action and begin creating!”

Alofipo was born and raised in Samoa and has shared his favorite Samoan proverb, “Ole ala ile Pule ole Tautua” – “The Path to Leadership is through service” which has made him appreciate the struggles his parents had faced that made him want to do more for himself and his family and has motivated him to start creating and to try new things.

“I am keenly aware of the struggles and sacrifices my parents made to get our family to this country.  For that, I am eternally indebted,” he said. “I vigorously carry a great responsibility to improve upon the foundation that was so carefully laid before me.”

This year Alofipo has opened an opportunity for those who want to experience his artwork and at the same time it allows him to explore using his artistic talents in another way.

“I am an artist first and entrepreneur second,” he told Samoa News. “I didn't "change from painting to making phone covers and leggings."

Instead, he says he simply found a different medium to transfer images of his painting and artwork, which would appeal to even a larger group of people.

“I found that there are many people out there that want to have the SELU experience but can't afford full price for an original or even a print from my website,” he said.

As a result, the Samoan artist began searching for different ideas, that are not only practical and cost efficient, but are trendy and popular too; and it came together with the idea of printing his work on phone covers, leggings, skirts, mugs and soon T-shirts and hats.

His wife Tofuola Alofipo told Samoa News, “We brainstormed trying to find ways to get his artwork out there, not just on canvas but on apparel as well as accessories. Entertaining the idea of having his bone carving on it and next thing you know he was putting things in action and now our business has continued to grow, persevere, and engaging in the struggle at the same time supporting him because I know he is doing it for us and our children.”

A Pago Pago resident, who purchased three pairs of leggings, told Samoa News, “I love his work. He is a close friend of mine and I have seen him succeed from painting to now these, leggings especially that it’s Polynesian-inspired so I get to wear my culture around.”

Alofipo feels honored to see many are inspired by his work and advises others to find that courage to be successful — as he has done.

He said, “Little do they realize that I am an ordinary guy, who was a counselor for the state of Utah, a roofer, a financial advisor, a high school football coach, a solar energy consultant, a digital marketing consultant, and yes, an ARTIST.

“I am simply a guy who wants more and expects more. It is my sincere desire and hope that all of my Polynesian brothers and sisters will find within themselves the resolve to be better and the courage to find that hidden jewel inside of them and begin taking steps towards their best thoughts and interests.”

Originally created by President Bill Clinton in 1999, the President’s Advisory Commission on Asian Americans and Pacific Islanders, which includes a total of 20 commissioners, was renewed by former George W. Bush and Barack Obama. The initiative that created the commission recognizes that AAPI’s are one of the fastest growing groups in the United States and focuses on improving their quality of life.

However, the commission has recently seen the resignations of 16 members of the commission, 10 of whom resigned in February this year.

In their letter of resignation the 10 commissioners cited their objection to President Trump’s portrayal of “immigrants, refugees, people of color and people of various faiths as untrustworthy, threatening, and a drain on our nation,” according to USA Today.

The Feb. 15 letter marks the second wave of resignations after six commissioners stepped down last month prior to Trump’s inauguration, the news agency reported.

It is unknown at this time, if Trump will ‘renew’ the Commission. The Territory’s Congresswoman Amata used to be a member of the commission, but said she has not been since 2007.