Six to eight cyclones probable for next few months 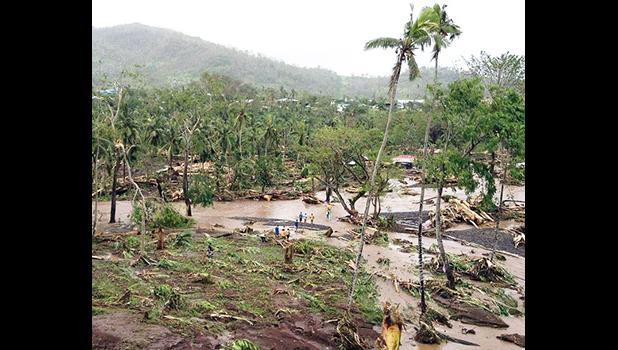 Apia, SAMOA — Samoa's Ministry of Natural Resources and Environment through its meteorological division are predicting a probable six to eight cyclones throughout the Pacific region within the next few months.

The out-going Chief of MNRE Ulu Bismarck Crawley filed a report to the Cabinet Development Committee last week as an update from the Ministry’s ongoing works.

“Were expecting a lot of heavy rainfalls throughout the next few months. Although understandably this doesn’t do well with most of Samoa’s festive season plans, they will play a vital positive part in the cleansing of Samoa’s environment,” Ulu said.

“Usually heavy rainfall means fresh water pushing through Samoa’s streams and small ponds. It’s usually this time of the year that we get a sort of natural cleansing for our environment. This clears our mosquito nests and things like that,” he said.

“The rains will definitely bring forward some much needed rains for the farmers. Some days it has been quite hot and dry for Samoa so this season will bring that much needed water to moisture the grounds our crops workers rely on,” added Ulu.

On a much more serious note, the Environment Ministry Chief noted that Samoa as well as the rest of the pacific will be on the lookout during the next few months for an estimated six to eight cyclones.

For Samoa alone, the risk is minimal according to Ulu.

“We should expect maybe one or even none to come Samoa’s way,” he said.

Maybe some time sooner we could have a more detailed report as the month’s progress.