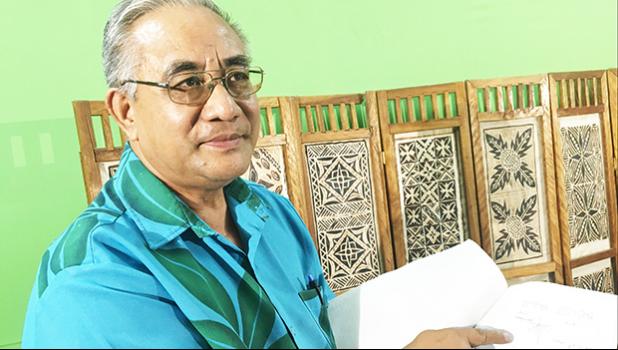 Despite their undying love for their former Reverend Opapo Oeti, the Congregational Christian Church in Samoa (C.C.C.S) in Falelatai is moving on, Samoa Observer reported over the weekend.

They will be looking for a replacement church minister over the next six months, according to an official of the church, Fa’alavaau Leaia Molesi who told the Observer that it hasn't been easy losing their Reverend who has been with them for 23 years.

“There is nothing we can do as the decision has been made,” he said.

Opapo was stripped of his pastoral title last month; a decision taken by the Elders of C.C.C.S.

The Reverend is the father of Toaipuapuaga ‘Toa’ Patrick who claims to be carrying the marks or stigmata of Jesus.

Fa’alavaau told the Samoa Observer minutes after the service, that they are not rushing into looking for another Reverend, but it’s something that will be discussed within the church in the next six months.

He made it clear that the church members are heartbroken with the loss of their Reverend, nonetheless they will honor the decision by the Elders.

He confirmed that not many members of the church attended Sunday’s service as they were busy ‘cooking’ lunch for their last meal with Opapo and his family.

He dismissed suggestions that the church has split since the stigmata in their Church.

It was an emotional service for those who attended including members of other churches in the village, such as the Catholic church and the Church of the  Latter Day Saints.

Following the service, an official of the church reminded Opapo that while his services had been terminated, the vow he made with the church cannot be broken.

According to Fa’alavaau they will meet again with Opapo and his family on Tuesday at their farewell meeting.

He also pointed out to the Observer that Opapo met with the Village Council on Saturday and they have sorted their differences and he said it’s good that this feud has been settled prior to Opapo leaving the church and village.