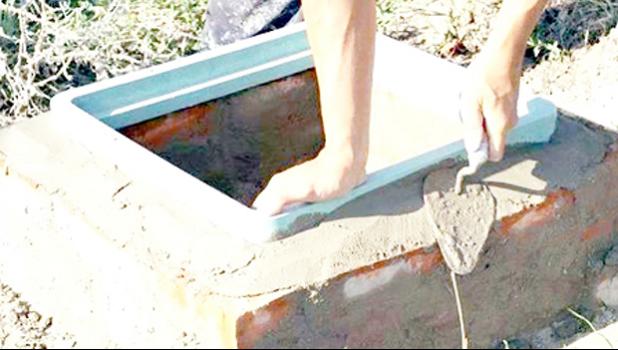 Apia, SAMOA — The family of a 3-year-old boy saved this week from drowning in a family septic tank has described the averted near tragedy a miracle.

A family member suspected the child was in the tank for 2 minutes before he was rescued.

The incident happened in the late afternoon and the family was told the child would not have survived if he was inside for up to 5 minutes.

Newsline Samoa understands from a family member that the child’s uncle was fixing the faulty lid of the septic tank that day.

He was just walking away from his work when he heard a noise.

His instincts for trouble was alerted after he recalled seeing the child walk towards where he was working as he left.

He ran back and saw that the temporary cover of the tank had come off. His immediate thoughts told him the child had fallen in.

He cried out to the other family members who came running. He was unable to fit into the opening in the tank so his legs were held down so he could reach inside head down first to wade with his hands in search of the child.

The urgent rescue efforts by the uncle were successful. Both were pulled out together by other family members and hosed down before the rush to the hospital for emergency treatment.