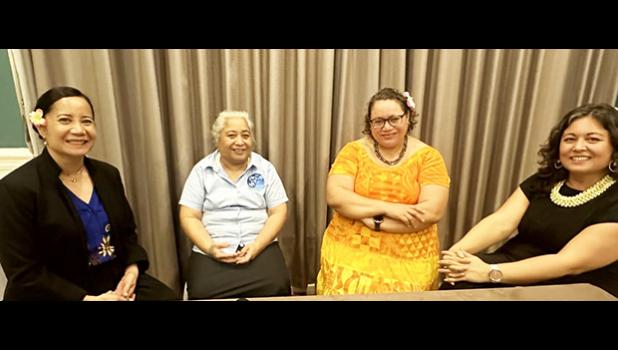 By
Koroi Hawkins, in Da Nang for RNZ Paciffic

Da Nang, VIETNAM — The annual meeting of the countries involved in the world's largest and most lucrative tuna fishery concluded in Vietnam on Saturday.

The 26 members of the Western and Central Pacific Fisheries Commission constitute resource owning island nations and foreign countries whose fleets sail thousands of nautical miles to fish the tuna-rich waters of the Pacific.

Although polar opposites, the members were able to compromise enough to adopt - among other things - a new management procedure for skipjack tuna, agree on new conservation measures for sharks and commit to placing climate change at the forefront of all future undertakings of the regional fisheries management organisation, also known as the Pacific Tuna Commission.

The secretary general of the Pacific Islands Forum Fisheries Agency, Manu Tupou-Roosen, said for its 17 member countries the adoption of the management procedure for skipjack was a huge achievement.

"This allows us to have more certainty in this fishery, in terms of setting out predetermined levels of fishing for the skipjack stock based on the performance of the fishery," Dr Tupou-Roosen said.

She also said it is the first time that this commission has set up a management procedure for one of the four major tuna stocks - the other three being bigeye, yellowfin and southern albacore tuna.

"So, it is a significant step. And it is a credit to the membership leading the way and continuing to drive the work of the Commission."

The Pew Charitable Trusts on Saturday praised the Western and Central Pacific Fisheries Commission (WCPFC) for adopting the modernised management plan for the Pacific skipjack tuna fishery, which makes up one-third of the world's tuna catch.

However, Glen Holmes, an officer with The Pew Charitable Trusts' international fisheries project, says while it is a step in the right direction the decision to make this science-based plan non-binding was "disheartening."

"This could render the management procedure ineffectual and allow protracted and potentially politicised negotiations that leave the long-term health of the species at risk to continue.

"To optimise management of this stock and ensure a stable supply for the market, members must revisit this decision and agree to realise the full benefit of the management procedure as soon as possible."

This year's meeting in Da Nang was the members' first to be held in-person since the start of the pandemic.

It saw a week of gruelling back to back meetings spent poring over line after line of text that would dictate the future management of the fishery.

Some of the conservation management measures and initiatives to be picked up again next year include the review of transhipment regulations and the first ever crew welfare measure to be considered by any of the five global tuna fisheries management bodies.

In closing the meeting, the outgoing chair Jung-re Riley Kim from Korea - who steered the commission through the Covid-19 pandemic - expressed her gratitude to members for their support.

"Time does fly. The last four years have been an amazing journey for me. And it has been such an honour for me to have served the commission as the chair. I still remember attending my first WC PFC meeting in 2010, in Hawaii, wide eyed and overwhelmed, and not understanding even the half of what was going on.

"At the time, I had never imagined that I could be chairing this wonderful organisation. And fast forward 12 years, I'm completing the final year of my tenure. I'd like to take this opportunity to express my deepest gratitude to all CCMs [members] for your confidence in me," Jung-re Riley Kim said.

This past week also marked some historic moments for the leadership of Pacific women in the industry.

On Thursday Marshall Islands' Dr Rhea Moss-Christian became the first woman to be appointed executive director of any of the world's tuna fisheries management bodies.

Speaking shortly after her official appointment was announced Dr Moss-Christian said she looked forward to carrying on the great work of her predecessor and outgoing chair Tuvalu's Feleti Teo, but she also wanted to bring her own ideas.

"In the areas of trying to work smarter work more efficiently, we are getting so busy…I would love to see if we could try to do our work in different ways and be a little bit more creative. So that we give ourselves the best chance and the best opportunity to have good measures in place," Dr Rhea Moss-Christian said.

On Saturday - the final day of the commission - Niue's Dr Josie Tamate became the third consecutive woman to be appointed to chair the Western and Central Pacific Fisheries Commission.

"I just wanted to firstly thank the membership for the support for the election…and also I look forward to working with the vice chair in the new year. I also wanted to personally thank you [outgoing] chair for your hard work your excellent work and leadership over the last four years," Dr Josie Tamate said.

The dual appointments complete a quartet of Pacific women leaders who now hold the most powerful and influential positions in the multi-billion-dollar Pacific tuna fishery.

The other two are Dr Manu Tupou Roosen, the first woman secretary general of the Pacific Islands Forum Fisheries agency and Dr Sangaalofa Clark, the first woman chief executive of the parties to the Nauru Agreement.

Sitting together after the close of the meeting in Da Nang Dr Manu Tupou-Roosen reflected on the significance of their collective.

"It's just amazing to be sitting here with these incredible women. I just feel so humble. I think that these three ladies are all role models, and an inspiration to myself, and to all of our girls and boys. I've been really privileged to know these women for many years. And I'm just so proud of how far they've each come," she said.

Dr Sangaalofa Clark said she saw it as a real privilege to be in her position.

Together, these four daughters of the Pacific stand poised to shape the future management and sustainability of this multi-billion-dollar fishery whose waters produce 60 percent of the world's tuna.

Next year - at about this time - it will be the Cook Islands who will be hosting the annual meeting of the Western and Central Pacific Fisheries Commission in Rarotonga.