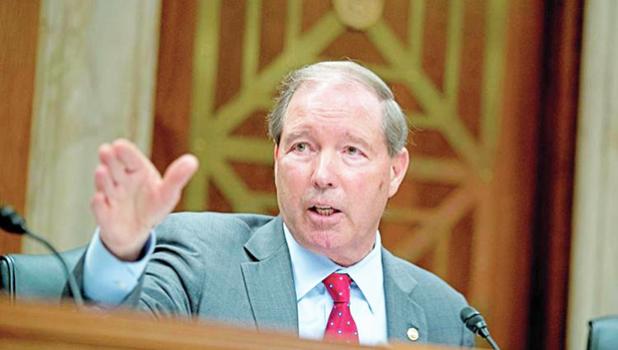 The appointment requires passage by the U.S. Senate, where Udall is well known.

Udall, 73, retired early this year after two terms in the Senate. When he retired, he cautioned that he had no intention of fully leaving public service and was thought to be a top contender to become the secretary of the Interior Department under the Biden administration — a job that eventually went to U.S. Rep. Deb Haaland, also of New Mexico.

His political résume, of course, is long — 12 years in the U.S. Senate, 10 in the U.S. House and eight years as New Mexico's attorney general.

And while a central theme of Udall's career in Washington was the environment, he also was a member of the powerful Senate Foreign Relations Committee.

“Having dedicated my life to public service and having served as a member of the Senate Foreign Relations Committee focusing on policies that promote democracy, international development, and conservation, I am honored to be nominated by President Biden to this next role serving our great country," Udall said in a statement released by the White House. "Ambassador to New Zealand and Samoa is an important diplomatic post for the United States, for New Zealand, Samoa, and for the Indo-Pacific, and this position — working with one of our closest partners and allies — is integral as we work closely with New Zealand to confront the challenges facing our nations — including COVID-19, climate, and China."

As Udall left the Senate, he was frank about his frustration with the political climate in Washington. He'd been around government long enough to have some perspective; his father, Stewart, once was secretary of interior and his uncle, Mo Udall, was a revered, 30-year congressman from Arizona.