UN intervention called for on suspected murder of fisheries observer 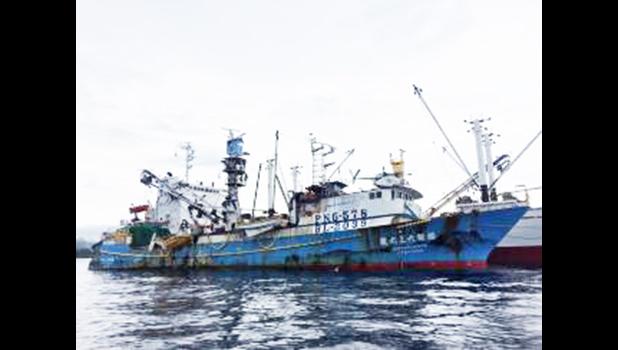 New York, NEW YORK — The suspected murder of an I-Kiribati fisheries observer in March of this year demands UN intervention to ensure effective and thorough investigation, according to a formal complaint by Greenpeace USA and the Association for Professional Observers (APO).

The complaint, submitted on behalf of the family of the deceased fisheries observer Eritara Aati Kaierua, and addressed to the newly appointed UN Special Raporter on the Situation of Human Rights Defenders, Mary Lawlor, asks to ensure observers are protected and those responsible for the death of Kaierua are held accountable.

“Fishery observers protect the needs of vulnerable communities and defend our human right to a healthy environment. Yet companies, governments, and multilateral organizations continue to fail to protect them from intimidation, abuse, and death. Greenpeace USA calls on the UN Special Rapporteur, Mary Lawlor, to intervene in the case of Eritara Aati Kaierua to ensure that the investigation meets international legal standards, and the family of Kaierua receive full and effective remedies from all responsible parties,” says Andy Shen, Senior Oceans Adviser at Greenpeace USA.

On March 3, 2020, crewmembers reported Kaierua’s death to the Fisheries Agency of Taiwan during his work assignment on the Win Far No.636, a Taiwanese-flagged tuna purse seining vessel owned by Kuo Hsiung Fishery. According to public records, the Win Far No.636 is a key supplier to Taiwan’s FCF Co, Ltd. (FCF), one of the top three tuna traders in the world. FCF, the parent company of major US canned tuna brand Bumble Bee Foods, has previously been linked to companies that have allegedly perpetrated egregious human rights abuses. In response, FCF said they are awaiting the outcome of the official investigation before further commenting on the Win Far No.636 case.

Kaieruai was employed through a regional observer program of the Western and Central Pacific Fisheries Commission (WCPFC), a Regional Fisheries Management Organization (RFMO). According to the WCPFC, observers have reported multiple occasions of both intimidation and crew requests to not report events. Globally, only four of the 17 RFMOs, including WCPFC, have any protocol for an observer death or disappearance.

"There have been at least 14 fishery observer deaths in the last decade, but not a single legitimate investigation. On paper the WCPFC appears to protect observers, but the reality is that they are still dying and disappearing. Flag States' lack of compliance, and the RFMOs' lack of enforcement and lack of transparency also contribute to impunity. Tragically, the families of these observers suffer from lack of remedy at the hands of regional authorities," says Elizabeth Mitchell, Executive Director at Association for Professional Observers.[4]

Greenpeace USA and APO further call on the Special Rapporteur to advocate that RFMOs incorporate in their regulations that States comply with international standards on investigations of potentially unlawful deaths. Non-compliance should result in a determination that working aboard fishing vessels flagged to such State is unsafe and end their eligibility for the RFMO's regional observer program.