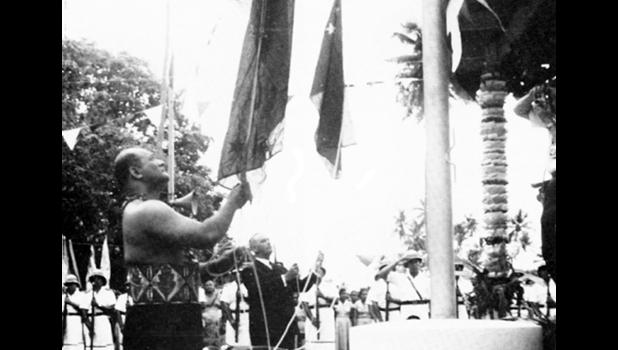 Apia, SAMOA — Samoa celebrated its 58th Independence Anniversary on Monday 1st June, 2020 (yesterday in Samoa) online with the official opening and closing ceremonies pre-recorded and distributed to media outlets for broadcast and dissemination.

The opening ceremonies, per request from the Independence Coordinating Committee were aired on television and online simultaneously by media partners at 7:30am Monday June 01st 2020 with the closing ceremony scheduled for 4:30pm in the afternoon.

The key elements of the official program were pre-recorded and distributed to all media outlets such as Television, Radio and Online-Media to be broadcast on Monday 1st June 2020, reiterated Agafili Shem Leo, Secretary to Cabinet and CEO of the Ministry of the Prime Minister and Cabinet (MPMC), added the Cabinet Secretary.

“The significant change is due to the impact of the COVID-19 State of Emergency and protective measures as Samoa remains one of the last few countries still free of the virus.”

A member of the Independence Coordinating Committee, Agafili says that the opening ceremonies were expected to include the Independence Proclamation, a Prayer of Thanksgiving, the Independence Address by the Ao Mamalu o le Malo, recorded at his residence at Vailele, then moves to Mulinu’u for the Flag Raising Ceremony by Member of the Council of Deputies, Le Mamea Tuiletufuga Ropati Mualia.

The lowering of the Flag was conducted by the Ministry of Police.

All these event were pre-recorded.

A blessed, enjoyable, peaceful and safe Independence Celebrations Samoa, where ever you are.