'You're a danger': Australian-born Samoan jailed for mowing down seven kids and mother 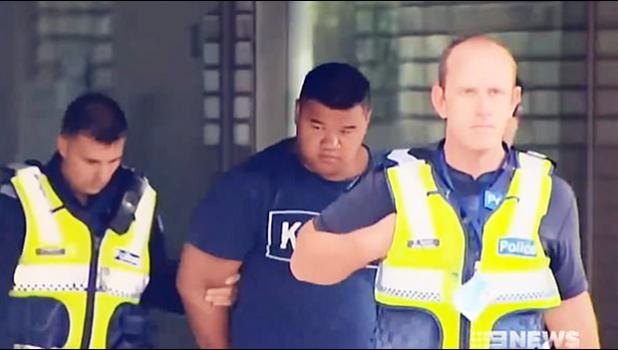 Melbourne, AUSTRALIA — A driver in a stolen ute who mowed down seven children and a mum waiting to cross a busy Victorian intersection has been labelled a danger to the community.

'I am hesitant to say this to someone so young, but you're a danger,' Judge John Smallwood said while sentencing Su'a.

He sped through an intersection at Pakenham in February crashing through a pedestrian island, hitting eight pedestrians.

After jumping from the ute Su'a called a friend and fled the scene instead of stopping to help.

Victims including children aged as young as six, and their families were seriously affected by the crash.

It's been the worst experience of my life,' parent Brad Nash said in a statement to the court.

His wife Michelle was left with a broken arm and vertebrae when she was hit along with their two daughters. Both girls were also injured.

'I'll never get the sound of screams out of my head,' Ms Nash said in a statement.

Su'a was 21 at the time of the crash and had a string of prior offences including aggravated burglaries, armed robbery and serious driving charges.

Read more at The Daily Mail