2020 Polynesian Bowl roster will include one local athlete 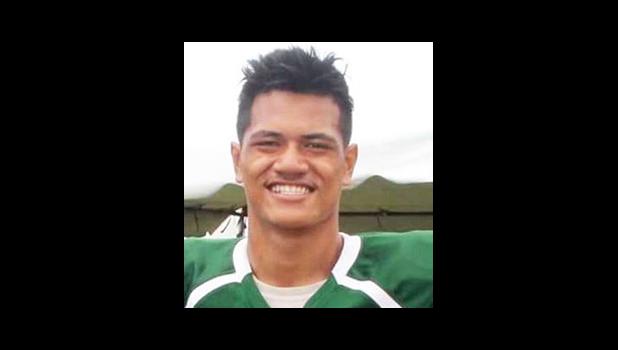 The honorary team captains are both of Samoan descent
By
Samoa News staff
reporters@samoanews.com

Honolulu, HAWAII — Nearly 100 football players were selected for the 2020 Polynesian Bowl and the roster includes only one local high school player: Leone High School senior and team captain Faalili Faamoe Jr. who is scheduled to depart the territory tonight.

Faamoe Jr. is a defensive lineman for the Lions; however, the 6-5, 216 lb. star often plays different positions, on both offense and defense.

Samoa News points out that while Faamoe Jr is the only player out of American Samoa who was selected for the 2020 Polynesian Bowl, the two honorary team captains - although both were born off island - are also Samoan. They are: University of Iowa defensive end A.J. Epenesa; and Crimson Tide star quarterback Tua Tagovailoa.

The two are idolized by local football players who aspire to compete at the college level and eventually, the National Football League (NFL).

Epenesa and Tagovailoa, have been part of the Polynesian Bowl since it was launched.

The two were selected - and played - during the inaugural 2017 Polynesian Bowl where Epenesa was named Defensive MVP.

Tagovailoa is an All SEC-Selection and a Hawaii native who shined at St. Louis HS in Honolulu. At the Polynesian Bowl, he will be the honorary captain for Team Mauka, which will be coached by Steve Spurrier.

Epenesa, who played at Edwardsville in Illinois and has been named to the 1st Team All Big 10, will be the honorary captain for Team Makai, coached by Frank Beamer.

ABOUT THE POLYNESIAN BOWL

ABOUT THE POLYNESIAN FOOTBALL HALL OF FAME

The Polynesian Football Hall of Fame honors Polynesia’s greatest players, coaches, and contributors. Its permanent home is located at the Polynesian Cultural Center and was established in 2013 by Super Bowl Champions Jesse Sapolu and Ma’a Tanuvasa. Other board members include Troy Polamalu, Vai Sikahema, June Jones, and Reno Mahe.