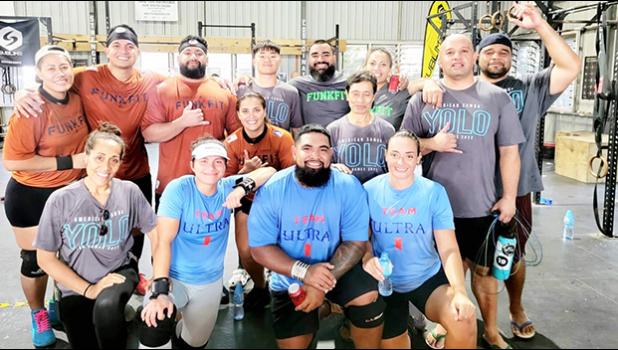 This year the competition attracted a total of 27 teams including three teams from American Samoa and it’s the 7th season since its inception in 2015. The idea is to have new tests every year to challenge the fitness ability of the participants.

The Toa Games was founded and initiated by the Crossfit Fatu Toa Gym with the purpose of promoting exercise, fitness and healthy living through a competition with other local gyms.

It is held every year — not only to celebrate the anniversary when Crossfit Fatu Toa Gym opened its doors to the public for the first time — but also to find out who is the fittest “team-of-four” in Samoa through a set of events that tests various aspects of fitness such as strength, muscular endurance, aerobic capacity, speed and much more.

The management is excited to see the Toa Competition continue to attract increasing interest each year.  It’s a testament to the community they’ve built, a community of athletes from all walks of life who have come together to achieve the singular goal of being better versions of themselves than they were yesterday.

Athletes who compete in the Toa Competition are ordinary people, often with 9 to 5 jobs, or stay at home parents, who join the competition to show off their skills and abilities they have worked hard to master.

The Toa Competition stated that they are particularly proud of building a community of strong women and girls, empowering them to achieve continued excellence both inside and outside the gym.