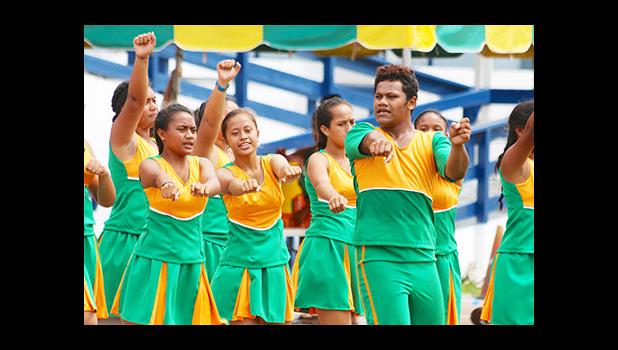 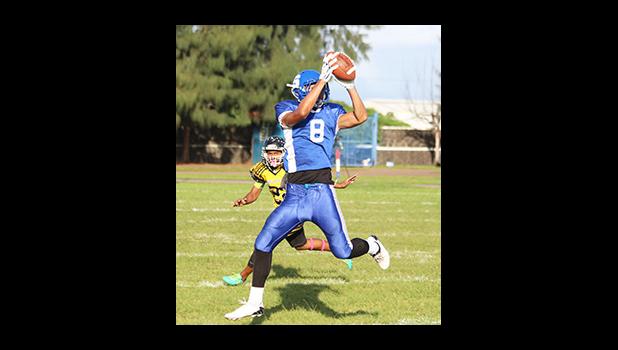 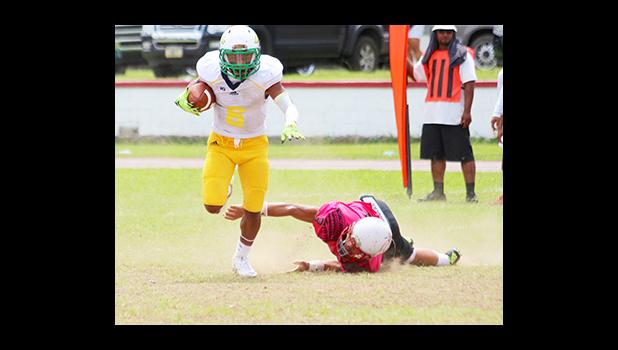 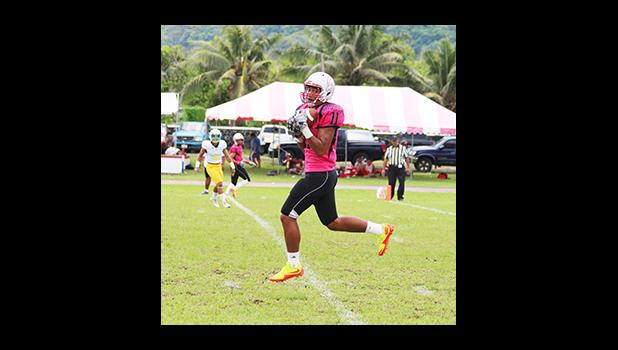 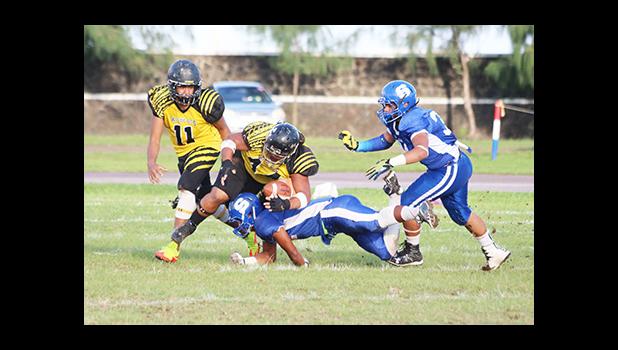 This past weekend marked the sixth week of high school football action, all part of the American Samoa High School Athletic Association (ASHSAA) ongoing football season- Round Two. And what a week it was.

For the Vikes, they are Raemos Fano, who missed majority of Round One of action due to a finger injury from their season opening against the Lions, and their power-back, T.I. Farani, who has carried the Vikings throughout numerous years. Farani was absent throughout last year’s season and throughout Round One of this season – but started his first game last Saturday.

For the Lions — they were missing two of their main players in play against the Fagaitua Vikings last week. They are: star linebacker, Lion Heart Juliano Falaniko, who supported his team from the sidelines, and the Lions workhorse, Luteru Ah-Loe, who wasn’t seen at the stadium. According to his teammates, Ah-Loe was very sick leading up to this match against the Vikings.

For the Sharks and Wildcats, both teams were winless going into this match last Friday evening, with the Samoana Sharks slipping away with a 13- 6 victory.

For the beauty contest — who looks the best in their new uniforms for ASHSAA Football?

Samoa News votes for the Leone Lions Junior Varsity team and the Vikings Varsity team: The JV Lions new uniform is white, with a piped green outlined with yellow with a Samoan tribal alongside. The Varsity Vikings sport pink in support of Breast Cancer Awareness with Samoan tribal designs on their shoulders.

The reigning champions of the varsity division sure did redeem themselves after sending the Lions back to the jungle with a 28 - 12 loss, their first loss of the season. The Vikings showed no signs of weakness from the start of the game, as they moved the ball consistently downfield with T.I. Farani as their workhorse.

Fano leading the Vikes offensive unit, managed to put Faga’itua on the board first with 5:52 remaining in the opening quarter, after hooking up with Vito Kitiona on a quick slant pass for the opening touchdown of game. Their two-point conversion, a halfback pass from John Muliaga to Aroni Taua’a, gave the Vikings an 8-point lead.

While the Vikes were ahead with a comfortable lead, the Lions Ronnie Ma’ae and his offensive unit were frustrated against a solid Blessman Ta’ala and his Vikings defense.

6:15 in the second quarter of play, and the Vikings caught the Lions defense sleeping again when Fano hooked up with Muliaga on a fade route, and it was all Muliaga who broke two tackles and muscled his way out of trouble taking in a 45-yard touchdown, his first of the game.

Not too long after that, the Lions pounced back – Leone first down on the Vikings 20-yard line, and Ma’ae sends Tima straight up the middle with an inside hand off, and Tima muscled his way into scoring the Lions first touchdown of the game.

Going into half time the Vikings lead12 - 6.

Muliaga opened the second half of play by scoring his second touchdown of the game — after putting in work Farani extended the Vikings lead after taking in the two point conversion.

As the Lions continue to struggle, the Vikings were moving the ball – midway through the third quarter and Farani takes in his first touchdown of the game, unfortunately, their extra point conversion was short when Jefferey Ulu was denied from the end zone.

Late in the fourth, Leone who were down 28 - 6, managed to give it a final push when Ma’ae led his defense downfield in the air game, and managed to catch the Vikings defense off guard. Leone first down inside Vikings territory, and Ma’ae stormed through the middle and into the end zone for the Lions second touchdown of the game — faking the defense with an option play to Pearson.

Desperately trying to come back, Leone wasn’t able to – playing against the best clock team in the league, the Vikings ran out the clock, and with their final series coming to a close, Fano kneeled the ball for their remaining downs to officially seal the deal, as they sailed back to the east side with a 28 - 12 victory.

Samoana and Nu’uuli both came into this game winless, as both teams were in the hunt for their first win of the season. The Sharks were on the board first, after Ralph Taufa’asau caught and ran in the opening touchdown of the game. Their PAT was good, after Elliot Lelei kicked in the first field goal of the season.

Samoana leading comfortably into the second quarter were frustrated after they couldn’t march downfield with the Wildcats defense in full effect. Both teams went into halftime with the Sharks leading by seven.

Then in the third quarter, Nu’uuli shocked Samoana, when Hans Misa took in their first touchdown of the game, a 23-yard conversion that nearly gave them the lead — but with their extra point conversion being denied, they trailed by one.

Late in the third quarter of play, and the Sharks head for the end zone again, after Taufa’asau juked and muscled his way out of trouble to scoring his second touchdown of the game. As for the Wildcats, that was it — Cornelius Aiava and Samoana’s defense locked them out for good as they closed this one off with a 13 - 6 win, for their first victory of the season.

See tomorrow’s Samoa News issue for the full article on the Junior Varsity action for the opening week of round 2 – ASHSAA Football 6th week of action.