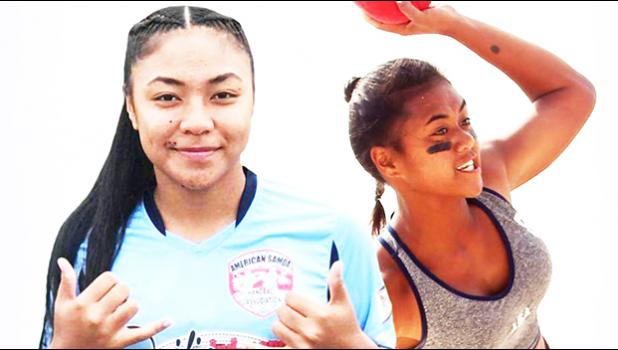 By
The American Handball Federation

Pago Pago, AMERICAN SAMOA — In emerging nations, developing handball is as tough as the people who are sticking their necks out for the sport. There are plenty of countries where handball is just starting to become more and more popular. Yet, many of them do not have the population to become powerhouses.

This did not deter some passionate men and women in American Samoa.

The American Samoa Handball Association (ASHA) has constantly strived to improve handball, especially the beach handball teams. And women have been at the helm of that improvement, achieving a historic qualification for the Youth Olympic Games Buenos Aires 2018.

Winning three games, one in the preliminary round, one in the consolation round and the 11/12 Placement Match, the American Samoa women’s team finished 11th, a huge result for a small team – a result, which felt like a gold medal.

One of the contributors then was Naomi A’asa, who was later also voted on the board of directors at the ASHA, another important step and role for women in American Samoa. Now, she is also serving as a coach.

“I started playing handball when my best friends – the twin daughters of our coach, Carl Floor – convinced me to try out for the team in 2017. Within the same year I was recovering from a knee surgery I had from an injury while playing high school soccer leagues.

“After months of physical therapy and finally having the doctor’s clearance to allow me to play in sports again, I tried out for the Under 18 national team preparing for the Cook Islands Oceanian Tournament (2017). The motivation I had for playing handball was to gain experience of this new sport and strengthen my athletic skills,” says A’asa.

Another player in the American Samoa women’s senior handball and beach handball teams is Dianne Loe, who is also serving as a coach and as an interpreter.

Loe says handball changed her life in 2016, when she took up the sport, having made first-hand contact in the elementary school.

“This sport drew my entire attention, much like love at first sight. Everyone was really warm and tolerant of anybody who wanted to try out while still learning the basics of the sport. I saw it as an opportunity to improve my athletic strength and confidence. After I got a chance to try it out, I have developed a stronger connection within the sport, and everyone became like family to me,” says Loe.

As courts and pitches are relatively hard to find in American Samoa, providing day-to-day training sessions for players is difficult. Yet, this was no obstacle for ambitious persons like Loe or A’asa.

“Handball is a rising sport on our island, despite its lack of popularity. We would binge watch any footage from YouTube and take notes on their plays, talents, and tricks because we had very little experience with handball players at the time.

“Everyone picked up quickly, and we began to make progress. The most difficult thing, though, was finding the correct court to play on. We improvised much of the time, using the stadium field for beach practice, and a concrete space off to the side of the field for indoor practice. Despite the fact that we had those grounds to train on, we were still really glad and happy to be able to participate in the sport,” adds Loe.

The infrastructure was also difficult to find, but there have been plenty of improvements over the last few years.

“Over the years, it has been very difficult for us to find a good location suitable for training especially when it comes to beach handball. We have a portion of the football stadium that allowed us to run laps around the track and practice our spin shots by landing on a wrestling mat because it was all rocks and grass.

“One of our weaknesses in 2017 was the ability to run through sand and that is why our association founded a new piece of land to be used as our court. Therefore, we built our very own sand court to practice many techniques that we couldn’t do at the football stadium and use it as preparations towards Youth Olympic Games in 2018,” says A’asa.

HANDBALL AS A FAMILY SHOP

The principles of inclusivity and a fun-first approach really helped the sport grow, especially in the women’s category, as highlighted by the impressive performance at the Youth Olympic Games Buenos Aires 2018.

There are basically no rules or conditions put in place when a player wants to start enjoying handball, which brings chemistry to the team. Basically, it is run like a family shop, rather than an environment where criticism is drawn when mistakes happen.

“In American Samoa, one does not look at a person’s athletic ability. Instead, the focus is on their determination. As a result, aside from whatever skill level a person may have, everyone supports one another, which makes the majority of our handball experience quite joyful; no one is left out,” says Loe.

Of course, the results are amazing when they come, therefore it was just normal that skilled and experienced players like Loe and A’asa tried to pass on as much knowledge as they can throughout training sessions and matches.

While the two positions – player and coach – do refer to the same sport, they are quite different. Yet, it was proven time and time again that for those who do want to merge them, there are no issues.

“I had no intention of becoming a handball coach in the past. But, as the years have passed, I have learned a lot about being a player and being part of a team. As more people became interested in handball, I went from supporting my coaches to coaching one of our teams. The job is not as easy as it appears, but the experience gained in all aspects of it is really valuable.

“After months of being able to coach a handful of our teams, I have realized that communicating with the players has become easier. On the island, our native tongue is still widely spoken, and our teams usually misunderstand what is said in English. Because I can communicate in both Samoan and English, it was much easier to catch up with each member and develop stronger bonds within the team,” says Loe.

For A’asa, things have been even more hectic. She is a player, a coach and a member of the board of the ASHA.

“The transition from a player on the court to a coach on the sideline was quite hard for me to adapt to. It was hard because I still had that willingness to jump on the court and play as a regular player, always forgetting that I have become one of the officials too.

“While coaching one of our local handball leagues in 2020, I have learned that teaching handball is not as bad as not being able to play because getting to see my players’ success and having fun brings so much joy to me personally. Aside from being a coach, I am an ASCC college student majoring in Political Sciences and a part-time cashier/online sales person for Manua’s Inc. I do try to balance my schedule for school, work and practice which is one of the hurdles I go through but it is manageable,” adds A’asa.

Creating a professional environment while maintaining the fun-first approach could prove as a challenge for many, especially for teams who are aiming for better results.

Others, though, are just enjoying handball and trying to focus on the experience and helping players feel the best they can on the court.

In American Samoa, handball is being thoroughly promoted and introduced to more elementary schools over the island. The idea behind the decision is to help the younger generation get healthier and increase their connection with the sport. As many children already enjoy handball, the popularity will increase.

“It’s a dream to see more people embrace handball and watch it expand over time. This is a once-in-a-lifetime opportunity that most people aren’t aware they needed; an opportunity to explore more open doors.

“Having more women play handball is also a huge benefit for us and it really helps develop a balanced life,” concludes Loe.

A’asa’s message is even more resounding.

“I would love to see more females interact with handball and other sports because I believe that we can dominate as athletes just as much as boys/men do. Personally, I have seen more attention towards American football than any other sport that involves a female, which can be very discriminating. I just want to address the youth and the young adults, especially females, that if you put dedication, passion and hard work into your sport, then you will be unstoppable,” says A’asa.

But what is the big dream, the holy grail for American Samoa? Well, it is big!

“My ultimate dream is to have a chance to participate in the Olympic Games as a senior player. Now that I have experienced playing on a big stage such as the Youth Olympic Games, it makes me want to show that our team has improved and is ready for it again. It has been hard since COVID-19 happened but I want to represent American Samoa once again in playing my favourite sport. Basically, a lot of females are interested in playing the sport but a few individuals are dedicated to participating,” concludes A’asa.

(Throughout the month of March, the International Handball Federation celebrates women in various roles in handball in a special series. This part produced by the Federation focuses on two women who helped develop the sport in American Samoa, both by playing and coaching, while also directing the Association in the right way. )